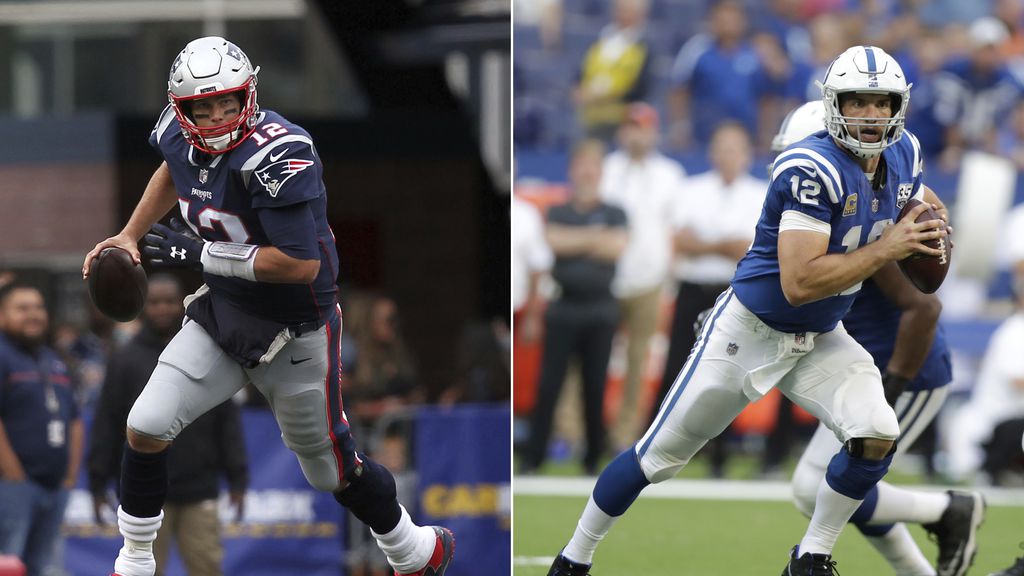 Hey everyone, it is that time again for my players to watch this week. The NFL players have a quick turnaround this week, and that means the writers do as well.Â  Letâ€™s get right to it, shall we?

5 Players To Watch Against Indy

Sony Michel:Â  It has been a bit different around here this week regarding Sony, hasn’t it? The rookie was awesome against the Dolphins, and it makes you wonder if he can play like this on a consistent basis.Â  What I would like to see this week is another 100 yard game from him this week against Indy.Â  The Colts defense is pretty average against the run as they are tied for 17th in rushing defense (109.3) yards allowed on the ground.Â  I feel extremely good about his chances this week to have another 100 yards on the ground.Â  If he can do so, he would match fellow UGA alum Robert Edwards as being the only two Patriots rookies since 1998 to have back to back 100 yard efforts on the ground.

Patrick Chung:Â  This is gonna be one of those games where I think Chung will be called upon to do his thing against Eric Ebron.Â  The Colts and Andrew Luck will try to utilize their TE in this game with Hilton out of this game.Â  The Colts offense in this game is gonna be “J.V.” at best in my opinion.Â  I’m sure that this comes off as a bit “cocky”, but why wouldn’t I be? Â Some believe that the rivalry with the Colts is back, but it isn’t even close.Â  The rivalry will be back when the Colts actually win some here.Â  Let’s face it, Peyton and company aren’t walking through that door anytime soon, and if they are the Patriots are gonna win anyways.Â  Look for Chung and company to keep Ebron in check in this game with Chung playing a vital role.

Chris Hogan: This is it, Chris. Letâ€™s get it going here.Â  With Jules back this game, it is time for you to officially show up.Â  I have been waiting for you to do so. I think this could be one of those games where you can make an impact.Â  The pressure is now off with Edelman back, and with Gordon getting reps, Hogan should get plenty of balls thrown his way.Â  I think Chris finds pay dirt in this one, and has a pretty solid game.

Dwayne Allen:Â  I’m gonna go there officially now. Steven Thompson along with Thomas Murphy are either (a) thinking Chris has finally come unglued or (b) thinking this might be the craziest take that I have ever dropped.Â  This is it guys and girls – I’m officially feeling it this week.Â  What better way for Allen to finally shut me up than a TD against his former club? I have been at this for what feels like forever.Â  What is actually lost in the shuffle is his run blocking ability. With Gronk likely out this week, I think his play will be that much more important.Â  I need this like fish need water. I’m calling it – he gets a TD this game, and I officially become the happiest person on the planet for a moment.

Cyrus Jones: This one was incredibly difficult to do. Who in their right mind puts down a punt returner as a player to watch?Â  I think with the way this game is going to unfold he will be a busy player this week.Â  I don’t expect him to break one, but I think he’s gonna be a factor in this game. I know my co-host Steven Thompson is a big fan of his. With that being said look for him to have a solid game, and continue to put in the work this year.Â  A lot of fans understand the importance of field position, and I could do an entire article on the subject.

I think most of you know where I’m headed with this one.

That’s it for this week