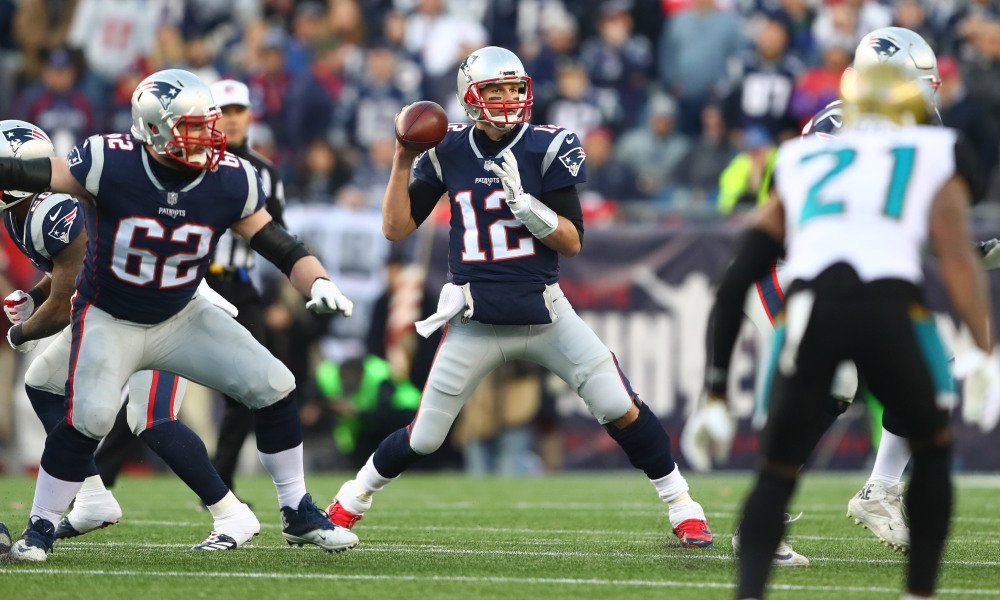 We made it, Pats family! Â Game day is here again, and I can already feel the excitement. Â When the Patriots and Jaguars kick off at 4:25 on Sunday afternoon, it will be a rematch of last season’s AFC title game. Â We’re going to find out today if the Jaguars learned anything from that game. Â In the meantime, let’s zero in on five players to watch in today’s tilt.

LaAdrian Waddle: Let’s just get the not so sexy position out of the way first shall we? I know itâ€™s a fairly obvious pick right out of the chute, but what can I say – sometimes you just have to roll with it.Â  With Marcus Cannon out with a calf injury, the spotlight shines on Waddle to keep that right side in check, and give Brady time to survey the field for passing options. Â How Waddle does in this game will go a long way in determining how the Patriots offense can run.

Chris Hogan: I would like to know where was he last week. I know he was on the field, but it sure didn’t feel that way did it? The Patriots have to get him going in this game, period.Â  I don’t know why, but I have a feeling we probably won’t. Â I know some of you might be thinking “why is he listed as a player to watch?” The answer to that is rather simple in my opinion.Â  If the corners are paying attention to him someone else can be doing damage. I hope I’m completely wrong and he goes off.Â  I don’t mind taking one for the team.

Jacob Hollister: I don’t know how you feel about him, but I am thrilled he’s playing in this game. The 6ft 4 inch tight end from Wyoming is a big body with excellent hands. The idea of him lining up with Gronkowski gives Brady dual targets he can use at his disposal, so go ahead Ramsey – follow Gronk everywhere. Â Watch Brady do his thing, and he is good for at least 1 TD today. Go ahead and @ me if you want.Â  Hollister is a very underrated player in my opinion.

Trey Flowers: The Patriots need another good game from Flowers today.Â  I feel that he is the best edge guy on the team. I am hoping he performs better in this one compared to last season’s AFC game, because he was non-existent.Â  I have a feeling he’s going to go out there and do his thing. Â If they keep Bortles from escaping the pocket, advantage Patriots. I won’t say Flowers records a sack in this game, but he’ll do his job on the field like he normally does.

James White: Here is a player who Brady and company can rely on. The pass catching back is a weapon out of the backfield, who will be a safety valve if the Jaguars front causes havoc.Â  Look for this to be a classic Patriots game of using their backs out of the backfield to their advantage. Â After all the Patriots have a long line of pass catching RBs don’t they?Â  I think he’s going to have himself a day, plus one TD and close to 7 catches at least.

Canâ€™t wait for kickoff! Who do you see performing well today?