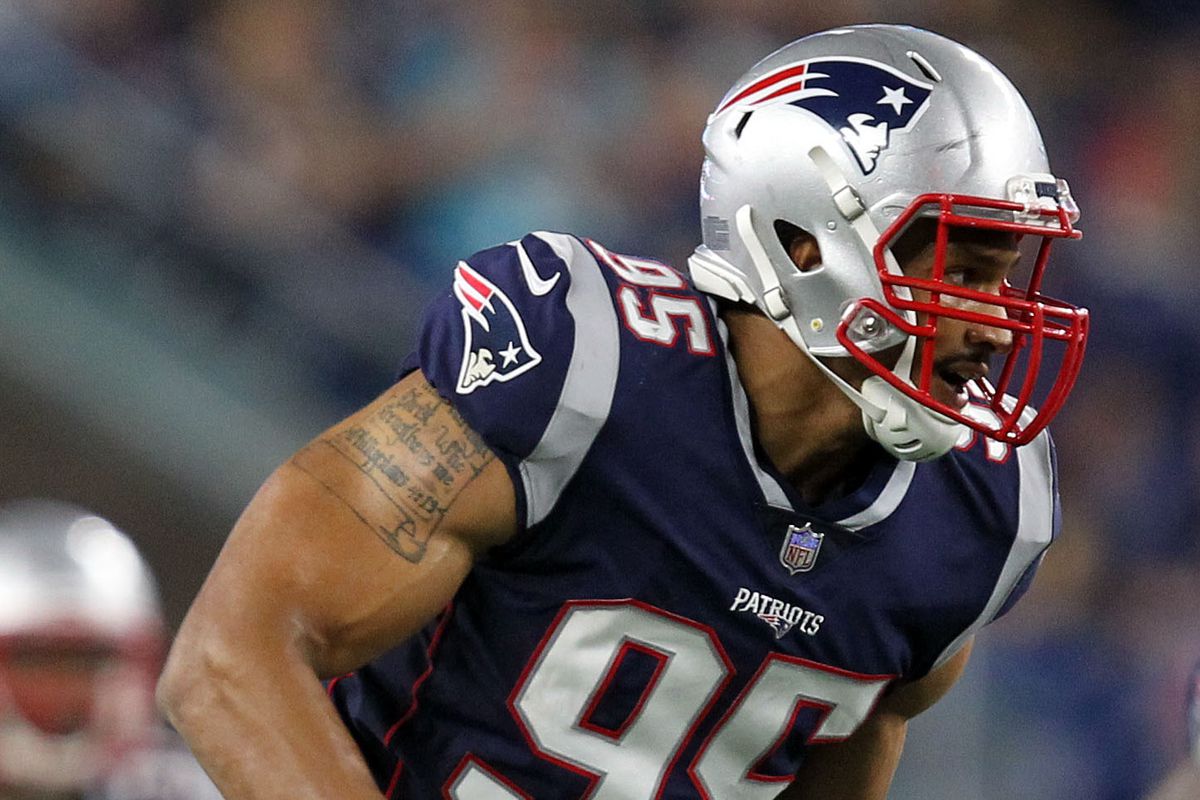 The time has come again people for my 5 players to watch this week. The Patriots are on the road this week in Detroit. This week’s match-up will feature old friend Matt Patricia going up against his old boss Bill Belichick. With that being said, let’s get right into it with this week’s five.

My 5 Patriots To Watch

James Develin:Â Before I get started on Develin, I have to give a shoutout to the neckroll.Â  On a serious note he’s a monster in the run game. I would keep your eye on him in this game as he helps open up lanes for his backs. The job of a fullback is to block the next layer of defense (linebackers) after your o-line opens up lanes for your back to begin with. What better way to attack this Lions defense then on the ground? The Lions hold the worst run defense in all of football giving up 179.5 yards a game. Ouch. I expect this to be one of those games where the Pats grind it out on the ground lead by James Develin.Â  He reminds me of Sam Gash doing the dirty work. Which leads me to my next guy.

Rex Burkhead: I really struggled with this pick. Initially I wanted to say Sony Michel, but ultimately went in a different direction, going with Burkhead. This could be one of those games where Rex has a field day as he can be utilized as a dual threat both catching and running out of the backfield. I think trying to pinpoint one specific back in this Patriots offense is difficult at best largely due to the fact they have a different back featured every series. This week just feels like “the week” we see a complete game from him. I fully expect at least one TD in this game,but don’t be surprised if he gets a couple.

Ja’Whaun Bentley: This is one of those games where the young rookie can shine. The Patriots run defense has been bad this year, ranked 27th in rush defense. They’ve gotta do a better job period. I know people might be thinking here â€œBut Chris, the Lions rushing offense only averages Â 68.5 yds a game.â€ The answer to this is rather simple. The NFL from the start always tries to expose another teamâ€™s Â weakness, but alas back to Bentley. He is at his best when he’s stuffing the run. He will largely be needed in this game with old friend LeGarrette Blount running the rock for the Lions. The matchup between the two will be interesting to watch unfold; let’s hope Bentley does his thing this week.

Derek Rivers: This pick is a little risky on my part as I’m writing this Saturday morning.Â  I expect he’ll play with Trey Flowers being doubtful; let’s just call him out for the week.Â  This is the week we finally see Rivers in a meaningful game, and he will make an impact. I fully expect him to go off being held out for two weeks, because you know he’s itching to make his presence felt. I believe he will do that this week. Watch for him to be an effective pass rusher with the less-than mobile QB Matthew Stafford. The loss of Flowers is obviously a big one, and someone has to pick up the slack on the edge.Â  Why not Rivers?

Devin McCourty: Here is someone who rarely gets mentioned in a list of players to watch. With the loss of Chung this week, he will once again be called upon to get this secondary in order. I know he’s the old Lion in this defense, but he will have his hands full trying to help his brother out with the absence of Chung.Â  I fully expect to see a lot of Harmon/McCourty playing safety in this game.Â  I haven’t even touched on Golden Tate yet, but count on Tate to be trouble in this game.Â  The bottom line is with McCourty leading this secondary, he’s the Alpha back there.Â  This team as a whole needs to step up on defense, period!Â  I know it is early, but old habits die hard. There’s one last request here from me – could you win 3rd down so Thomas Murphy and Myself can get some sanity back ?Thanks!

I expect a bounce back win this week, because nobody comes back more pissed off after a loss quite like Tom Brady.Â  When they play following a loss of 10 or more Brady is 7-0 with (17 TDs, 0 picks).Â  I like the Pats 28-17.

Have a good day everyone as always â€œGo Pats!â€

Check out our friends Pats Pulpit