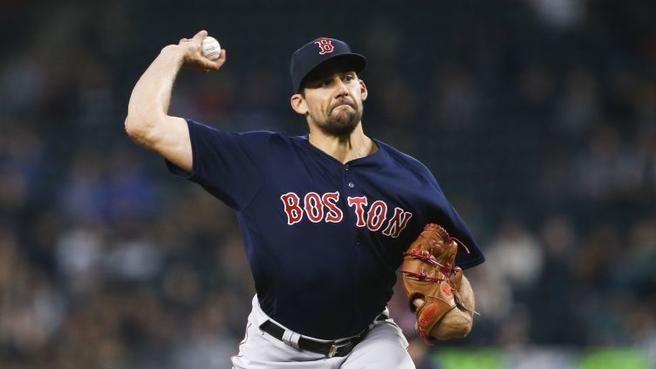 When Tom Caron broke the news that his â€œ Sources â€œ tell him that â€œ Nathan Eovaldi will be used as the closerâ€ the entirety of Red Sox Nation whether they heard it or not , pinched their noses. Those that saw the report know this move reeks of desperation. Those that didn’t started wondering who Microwaved The Fish. At this point I can only hope that Toms Caron’s sources were the same people who told The Boston Globes Pumpkin Head to float the idea of trading everyone at the deadline to gauge fan reaction.  4 years 68 million dollars for a relief pitcher who isn’t a relief pitcher ? exactly whose brilliant idea was this ? This sounds like a concept that would come from a soccer fan,

Eovaldi is 29 years old , coming off surgery to remove bone chips ( screw you loose fragment people it;s bone chips ) has nine appearances in his life coming out of the pen and doesn’t have a save to show for it. Part of the reason Eovaldi came back here ( besides being overpaid ) is he wanted to stay a starter. GMâ€™s across the league saw what he did last post season and saw a super reliever. It’s one thing to do this over a couple of weeks it’s another to do it for half a MLB season. Nathan knew this and came back to boston partly because he thought would start. So coming off injury – unproven and unhappy. Brilliant

Â Â Do I have the answer to this bullpen issue ? No. I did in November – December – January and even in May.Â  but don’t now. I do know the wrong answer is Nathan Evoldi. a man who should the number three starter in this rotation. I also know someone in that front office needs a cold shower, because this idea stinks to high heaven and they need to wake the fuck up.