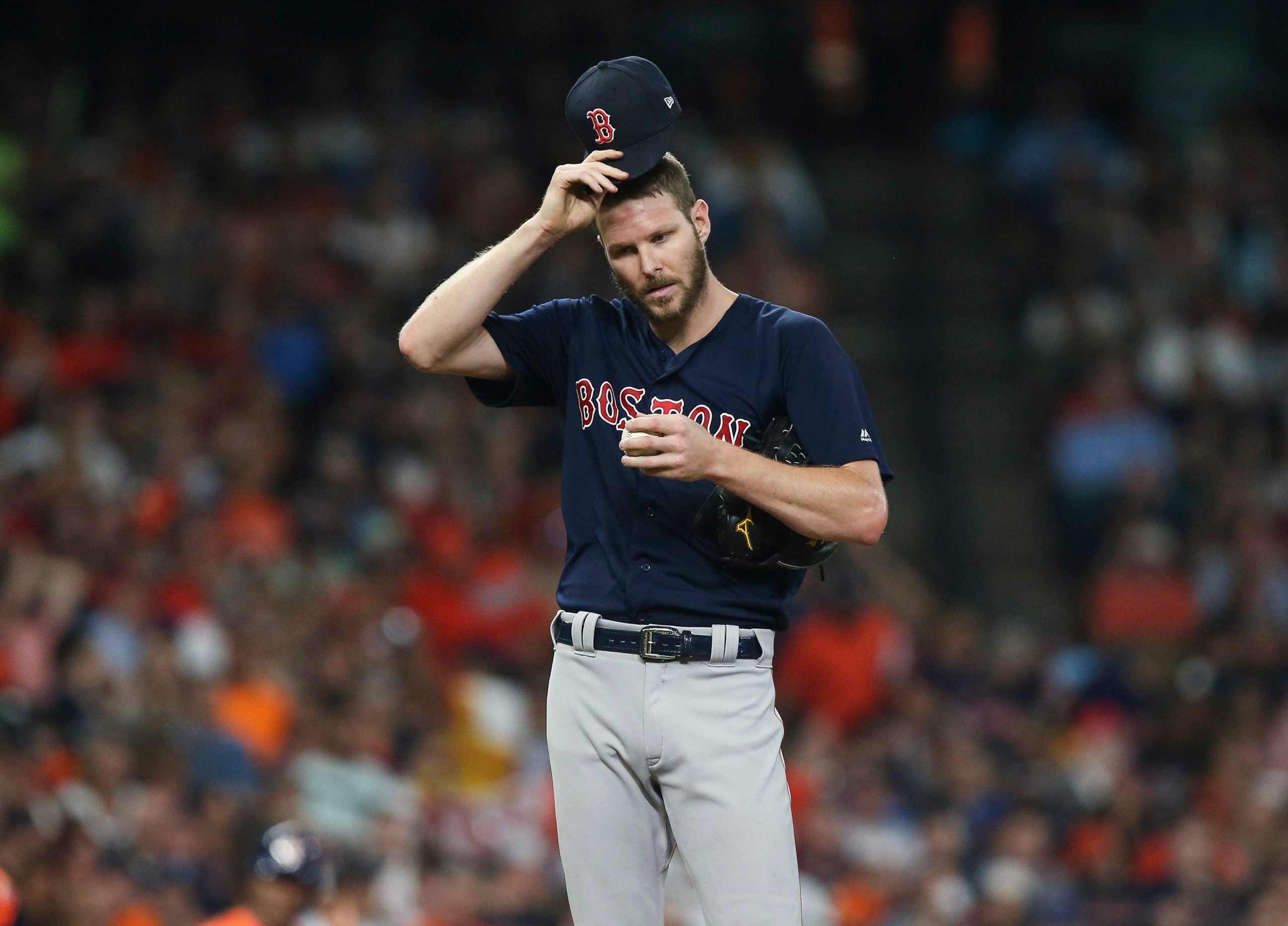 Dave Dombrowski fired. Chaim Bloom hired. Alex Cora and the Boston Red Sox agree to mutually part ways in wake of Astros cheating scandal. Ron Roenicke hired. Rick Porcello and Brock Holt allowed to walk in free agency. David Price and Mookie Betts traded to get below the luxury tax threshold. Alex Verdugo, centerpiece in the Mookie/Price deal, won’t be ready for the start of the season due to a lingering back injury.

All the above are reasons as to why this off-season has been one of the wildest, and most disappointing, off-seasons Red Sox Nation can remember. But the roller coaster ride doesn’t end there.

Yesterday, the Boston Red Sox announced that the ace of their rotation, LHP Chris Sale, will undergo Ulnar Collateral Ligament reconstructive surgery; otherwise known as Tommy John surgery. This news comes with awful timing and is especially frustrating due to the fact that Sale had just begun a throwing program earlier in the week after being shut down in spring training due to elbow discomfort. In addition, this would’ve been the first of his five-year, $145 million contract he signed last spring. But what exactly does Tommy John surgery mean for Chris Sale and the Red Sox?

The typical timetable for recovery is 12-14 months, meaning he’d return early in the 2021 season, barring any setbacks. What’s frustrating is that Sale was shut down in August of the 2019 season for elbow soreness. At the time, the plan was to let him get a longer rest to avoid further damage or a potential surgery. Fast forward a few months to March 1, 2020, Sale again experienced that same elbow soreness early in spring training and was shut down to have doctors take a look at the issue. After several opinions, it was deemed that TJ surgery ‘was not necessary at this time.’

Now it’s March 20th, and Sale has yet to go under the knife, meaning his return would come some time between April and June, more likely closer to June. The most frustrating part is that if Sale had gotten the surgery when he was shut down in August of 2019, he would’ve potentially been able to return towards the end of the 2020 season if the Sox were to make a playoff push, and if not he would’ve had ample time to rest and recover and still be more than ready for the opening of the 2021 season.

And I know what you’re thinking…you can’t just get Tommy John surgery if it’s not necessary. That’s like saying I don’t have cancer but give me the chemo just in case. But if you don’t think the Red Sox were aware that Sale’s issues were more than just elbow soreness, then you’re lying to yourself.

We’ll have more information as the Red Sox announce when Sale will go under the knife and who will be performing his surgery. But for now, it’s 100% safe to say that we will not see Chris Sale in a Red Sox uniform in the 2020 season (if there is one). At best, well see him in April of 2021, but more likely end of May early June…and that’s assuming the surgery goes well and there’s no hiccups in his recovery. In all seriousness, Chris Sale is one of the best pitchers in baseball when healthy, and I’m hoping and praying the surgery goes well and his recovery goes smoothly. Not just for me, but for the game of baseball; the MLB is a better place when Chris Sale is healthy and punching out some of the best hitters in the world with ease.

2 thoughts on “As If 2020 Couldn’t Get Any Worse for the Sox, Sale will Undergo Tommy John Surgery”