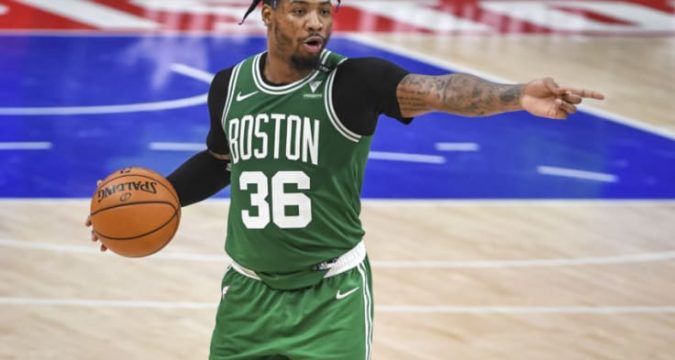 Hello Celtics fans, it has been a while since I have shared my thoughts on our favorite team. I believe the last article I wrote was right after we moved Kemba for Al Horford, way back at the end of June, doesn’t that seem like ages ago?
It isn’t that Danny; I mean Brad, hasn’t made any moves, he certainly has. They may not be the loud sexy moves, but they were solid moves. I don’t want to rehash all the little things that brought us here. I want to take a deeper dive into where we are. My first series of articles since my hiatus is going to be a mini-series to prepare us for training camp that kicks off Tuesday September 28th.

I want to take a close look at our depth chart beginning with ball handlers, the modern game does not limit “ball handlers” to the shortest guy on the court anymore. For my analysis I am going to call the ball handler the point guard, or the guy who is supposed to be getting the team into the offense. Granted, the teams with a super-star often let that guy direct the entire offense, like LeBron or Giannis, but lets not get ahead of ourselves. Often, last year we let Jaylen and Jayson bring the ball up, but let me go on record once again. Our offense was predictable, slow, and inefficient because of it. Slow walking the ball up over mid court while the defense sets-up is no way to get easy buckets. The point guard, I.E. ball handler, as selected by Coach Ime Udoka, needs to push the pace. He doesn’t need to bring the ball up every time, but he should be doing it a pretty good portion of the time. This brings me to my depth chart for Ball Handlers:

Marcus Smart 27, 6’3”, 220lbs: Like it or not, Marcus is going to be the man. In the past he has been more of a shooting guard or a combo guard if you prefer. Coach Udoka wants him to be the guy directing the offense. We have seen Marcus run the offense before, but never as the primary guy. He will still be able to use the annoying, physical defense, but now he will often be working on smaller point guards. I’m sure there will be times the Celtics want to switch things up, after all, Ime is a student of position-less basketball too.

Dennis Schroder 28, 6’3”, 172lbs: Great pick-up for a discount price. I tend to think Dennis is more of the “true point guard” and that very well may be, but I visualize Schroder being the first guy off the bench when we need another scoring threat. Schroder can go all the way to the basket, and he can still get by defenders and create space for his mid-range game. He is a solid defender and a quick first step. He may very well, share the floor with Smart going down the stretch.

Payton Pritchard 23, 6’1”, 195lbs: Payton had a solid rookie season and a fantastic summer league, if there is such a thing. The kid really pushes the pace, although it seemed last year, no one was running with him. Hopefully the new coach will pick up the tempo. Pritchard has shown off a range that very few in the NBA can reach. His ability to hit shots from the logo will stretch defenses and make room for the J’s to get single coverage. More importantly it will give others better looks for easier baskets.

This is the list of primary ball handlers, as I said there will be other guys bringing the ball up once in a while, but it should be one of these guys on most occasions. I did have a vision of Yam Madar, but that was put to rest when Schroder signed. It looks like Madar will have another year overseas to develop.

Who do you want to see be the primary ball handler for the Celtics?