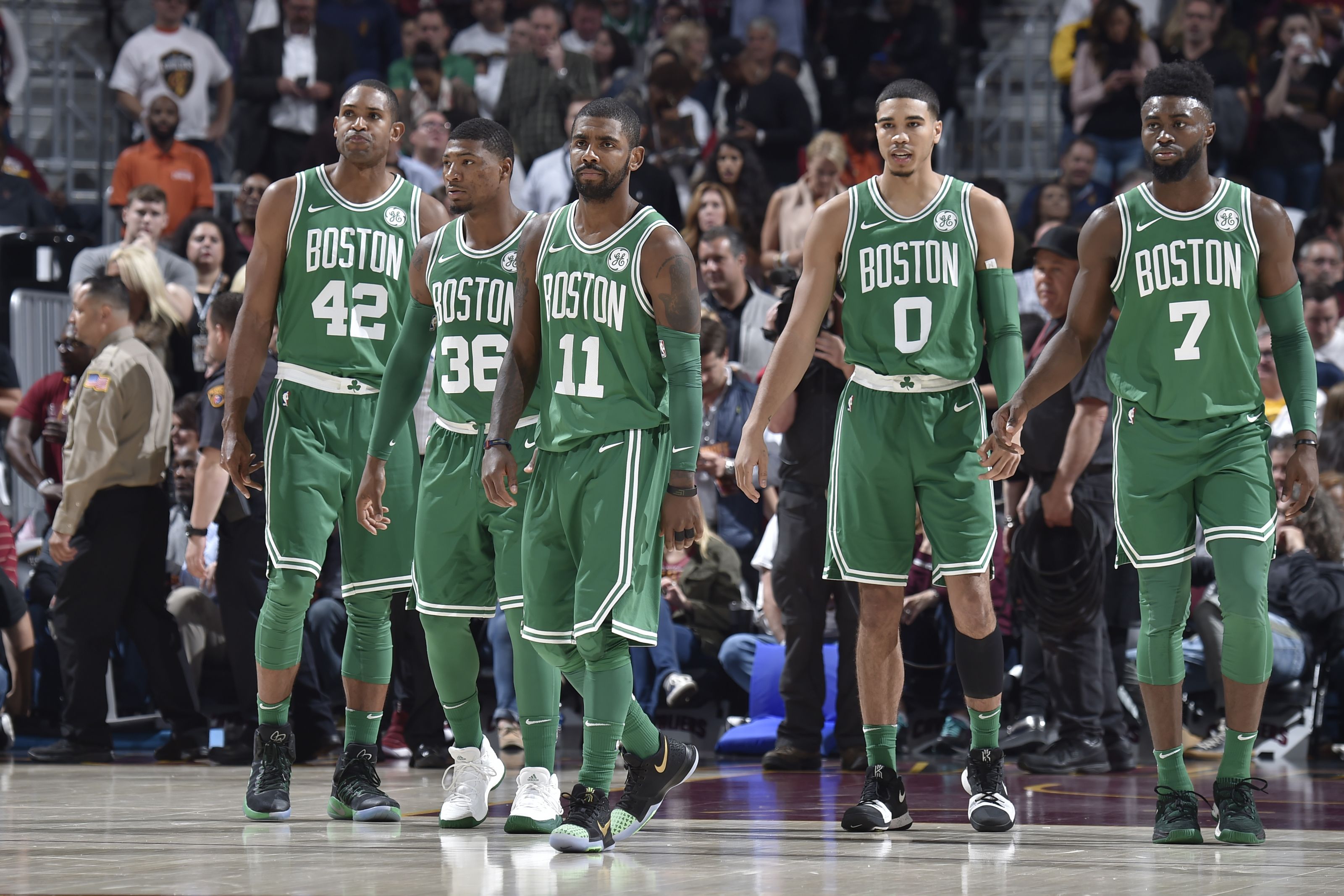 Today is the day. Tuesday October 16, 2018…The NBA season starts tonight! Our Boston Celtics take on the 76ers in Boston.Â  I’m hoping for a nice clean game. No injuries. Please.Â  Let’s take a look at the starters.

KYRIE IRVING – with Kyrie fully healed from his knee injury late last season he’s ready for this season. After telling teammates, coaches, management and season ticket holders he will re-sign in Boston next year, we can all let out a phew, and move on to games. With the team stacked I’m hoping Kyrie will average around 30 minutes a game. Prediction for Kyrie: 20 points, 8 assists and 5 rebounds.

JAYLEN BROWN – What can we say about the jump in production from year one to year two? Jaylen worked out with Tracy McGrady over the summer. I don’t expect as big of a jump again, but Jaylen works hard and has the right attitude to continue his upward trend in the NBA.Â  Prediction for Jaylen: 17 points, 3 assists and 6 rebounds.

JAYSON TATUM – What a rookie year he had. He was thrown right into the starting lineup and with injuries last season he held his own and then some . I’m really excited to see what steps he has taken into year two.Â  Jayson trained with Kobe Bryant this summer and as long as he doesn’t start throwing up shot after shot like Kobe. I’m interested to see him finish more at the rim. He worked a lot on his strength this offseason. Can’t wait to see what year two can do for his overall game. Prediction for Jayson: 15 points, 3 assists and 5 rebounds.

GORDON HAYWARD – Five minutes into the NBA season we lost Hayward for the entire season. A healthy Hayward changes everthing. Hayward does a little bit of everything: he can dribble, pass, shoot, and create.Â  I’m very excited (a year too late) to see what Hayward can do this year.Â  May health be on his side this season.Â  Prediction for Gordon: 14 points, 6 assists and 4 rebounds.

AL HORFORD – Big Al.Â  I never get the hate for him. He is a leader on this team and doesÂ  alot of different things for the team. I look to see Al in the pick n roll a lot with whoever is at the point. Irving is the obvious choice and they showed some good communication last year before Irving was injured. Hayward is one I want to see run the point, where he can hit either Al or the man in the corner for 3…. Prediction for Al: 10 points, 5 assists and 5 rebounds.

Let me know if you agree or disagree with me.