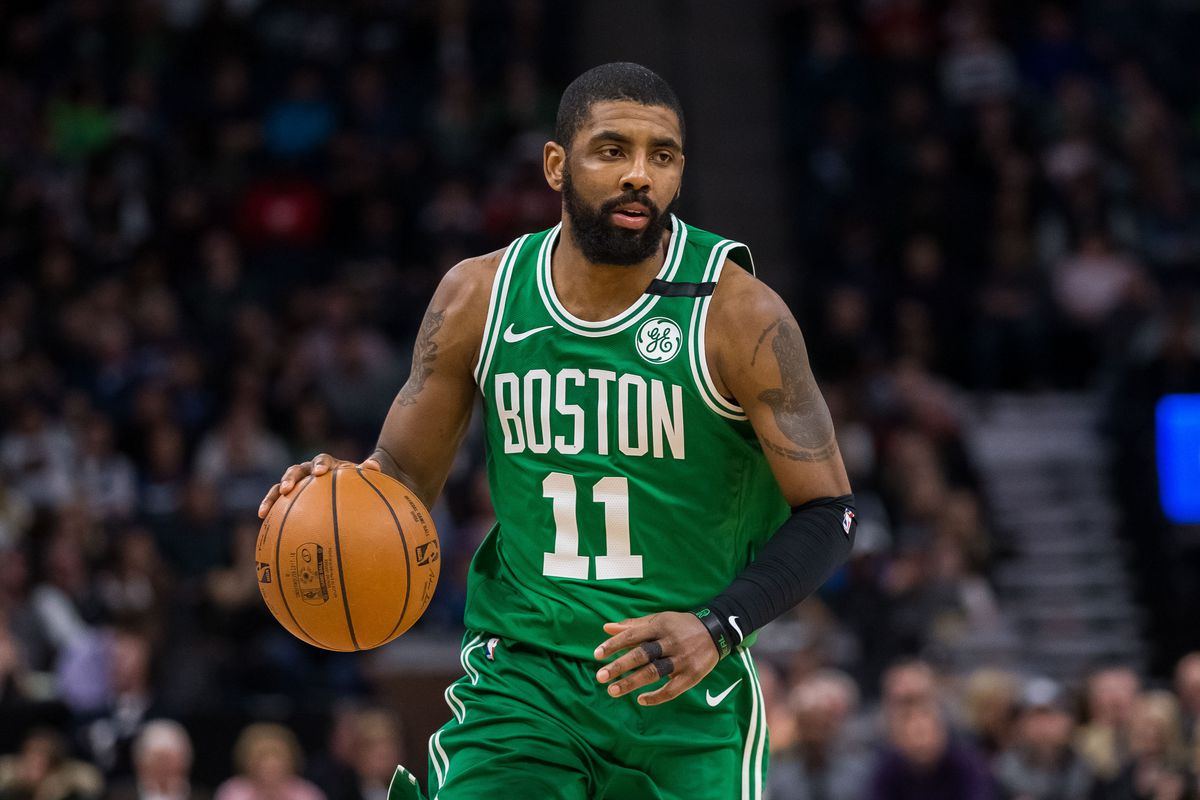 Well, it’s that time of year again – the start of a new NBA season. This year should be especially fun with the returns of healthy Gordon Hayward and Kyrie Irving and a team last year that was within one game of the finals. We return all of our core back, and should be the heavy favorites in the east.

I’m gonna look at 5 players or story lines heading into the season that has me intrigued.

I’ll start with the obvious one…

1. Kyrie Irving and all the Knicks chatter.

Let me first say if you didn’t watch his media day yesterday then let me help you out. Kyrie stated yesterday he always thinks of having his number 11 retired in the TD Garden rafters. He also stated he is very happy in Boston.Â  So we can lay all this “Kyrie to the Knicks” talk to bed now.Â  It’s a money thing; he would lose close to $80 million signing now.Â  So expect to see Irving sign a max extension to stay in Boston for the rest of his prime.

Here’s another obvious one. We were all cheated out of seeing Hayward last year in Boston green after a horrifying injury 5 minutes into the season. Brad will use him as a point guard at times, and I can’t wait to see what Hayward can do in the pick ‘n rolls.Â  Also, our shooters should get open looks when Hayward drives the paint, pulls in defenders and hits the open man.Â  Gordon Hayward can do a little of everything and should help this team tremendously.

Scary Terry. What a playoff run he had last year. What I want to see more from him this year is consistency. We know he can score and is a good defender. I would like to see him do more like create shots for others and get some more assists. That may be hard sometimes with a 2nd unit that could have trouble scoring. Terry Rozier is going to be looking for his payday soon, so expect him to continue his rise.

I’m interested to see what Tatum has worked on in the offseason. Can you imagine if Tatum takes the leap from year 1 to year 2 like Jaylen Brown did last year… He’s worked on his strength to allow him to finish stronger at the hoop.Â  Sky’s the limit for Tatum, and he’s still only 20 years old.

Marcus Morris is interesting here. He can score, defend, and bring attitude. At yesterday’s media day Morris told the media the bench is to be called BWA ….BENCH WITH ATTITUDE. I absolutely love this. My issue with Morris is will he be happy with his playing time?Â  I honestly like Morris a lot but with him being a free agent next year he’s one I want to keep my eye on.Â  If he gets unhappy does Danny trade him, or will he get enough playing time on a contender and be happy?Â  Stay tuned on this story, but BWA makes me feel good about where his head is at the moment.