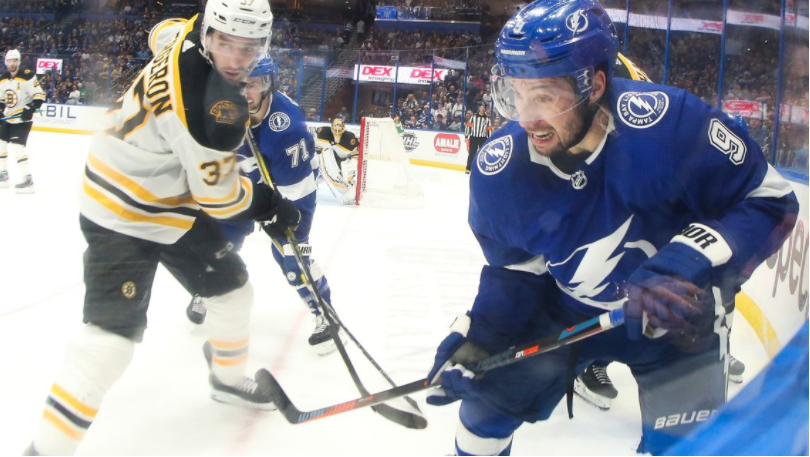 In the past, most of my articles on this website have been about the #patriots. Little do you know, I am also a diehard boston bruins fan. I spent many nights watching the Cam Neely days with my day in our living room. Going forward, you are going see a lot more #bruins content from me, along with #patriots, #celtics, and #redsox. Let’s get into the Bruins vs. Lightning series

In my opinion, the winner of this series is going to represent the eastern conference in the stanley cup finals. There is certainly some animosity between these two games, and I absolutely love it. I think the fan bases also feel the same way about each other. This series is just definitely like a heavyweight fight. There will be body blows and upper cuts by both teams, and I can’t wait till game 1 tonight.

Besides the goaltending matchup, special teams is going to have a big factor on who wins this series. For whatever reason, the #nhl refs absolutely love the #lightning, and seem to hate the #bruins at times just as much. The Bruins need to do their best to stay out of the box, because the #lightning are absolutely loaded with goal scorers. Brayden Point is a player you need to keep an eye on for sure. He has a knack for scoring big time goals for them, and ended up with 10 points in the matchup agains the Blue Jackets. They also need to limit the ability of Nikita Kutcherov, who finished with 9 points in the first round. On the flip side, the lightning gave up an average of 5 power plays a game to the blue jackets, so if the bruins stay aggressive with the forecheck, they have a chance to get that many power plays this round. The power play for the bruins against the hurricanes was pretty lethal, and they need a repeat of that in this round.

X-Factor in this series

I can’t just pick one X-factor in the series for the Bruins. How Halak plays in this series is going to be huge, and he needs to steal at least one game for the Bruins to come out on top. The second x-factor for me is how the first line performs. They must put the puck in the net a ton for the bruins to have a chance. As I mentioned earlier, Tampa is loaded, and the bruins won’t be able to get by if Marchand, Pasta, and Bergeron aren’t performing at a high level.

Bruins in 6. Halak is going to steal at least one game, and the bruins are on a mission to get back to the finals after how last year ended. How do you see the series play out?