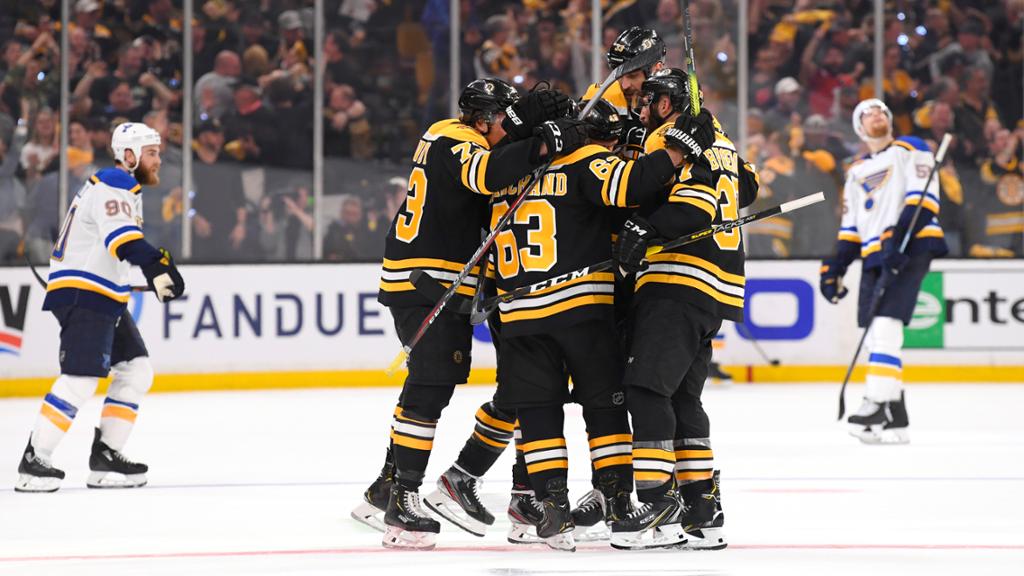 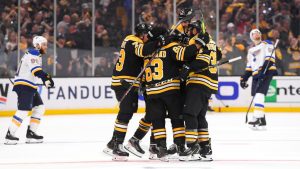 It took the Bruins a period to get their sea legs under them, but once they did it was smooth sailing from there. The Bruins drew first blood in their best of 7 series with the Blues. What was the long anticipated bout turned out to be a slugfest. The Bruins got their game going, and attacked in waves that had the Blues team on the room for large portions of the game.

Let’s face it this team is nothing, but resilient if anything, The Blue jumped out to a 2-0 lead on goals from Schenn, and Tarasenko.  The Tarasenko goal was a direct result of a brutal turnover in the Bruins end at the hands of David Pastrnak.

I think that gave this team the wakeup they needed. The Bruins cut into that lead on a goal from Connor Clifton 2-1 momentum shifted there. The Bruins would then capitalize on a nice shot from Charlie Mac on the PP to even the contest at 2.

What a effort from the 4th line one again for the #Bruins.  All three players got points, including Kuraly who had the eventual game winner.  The depth on this team is what sets them apart from every other team in the #NHL.  When one line isn’t contribution the other lines  pick up the slack.

Despite not scoring Marcus Johannsson was every where last night.  He might have been the best player on the ice period.   This bodes very well for the Bruins going forward in this series. How can you not like what you see from this team?

I don’t want to get ahead of things here, they still need 3 wins to complete this thing. The Blues will make adjustments along with the Bruins going forward. There is always a game, within a game in every series, but bottom line the Bruins got off to a good start in this one.

The next game will be just as important as the first one, and the Blues will come out guns blazing for sure.  Take care of business in game 2, and you will be up  2-0 heading to St Louis.  The Bruins need to seize this opportunity on home ice.  Let’s see how the Blues respond going down 2-0 in the Stanley Cup final with everything on the line.  Only one play on their team (Perron) played in the final, so the adversity for the rest of them might be too much to handle.

The blueprint is there men go out and take it to them . One down, three more to go boys!  We want the Cup!!

That is it for now everybody thanks for reading, and sharing the article appreciate it as always Let’s, Go Bruins!