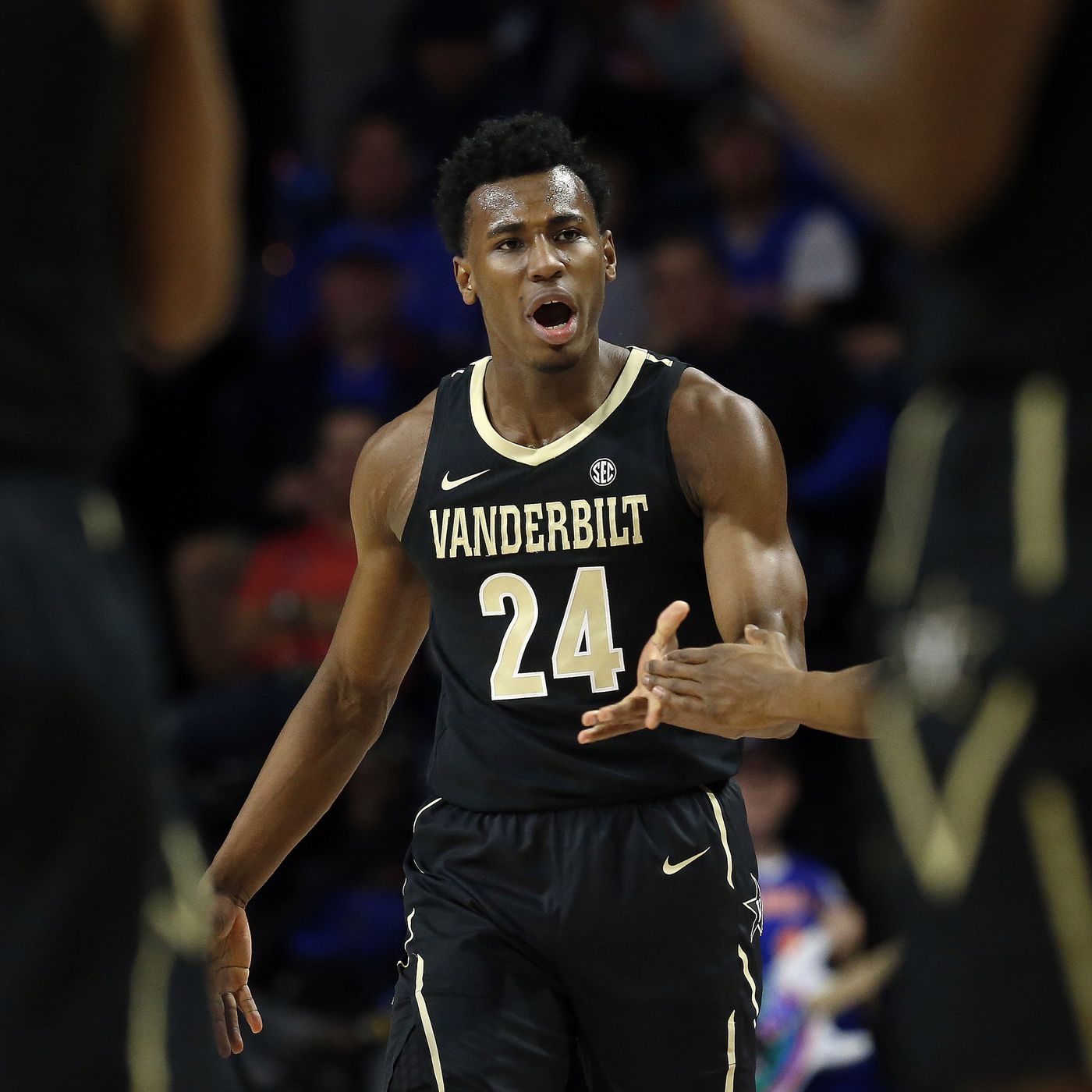 The draft has come and gone. If you were looking for a big move during draft day, it didn’t happen, again! It doesn’t mean the Celtics were losers on draft night like some #Celtics fans believe. I think Danny did great with our picks. Let’s check them out.

Nesmith failing to the Celtics at 14 was very lucky imo. Aaron Nesmith is a 6’6″ SG from Vanderbilt, who was touted as the best shooter in the draft. He averaged 11 points as a freshman, followed by 23 his sophomore year. In 14 games his 2nd year, he shot 52% from 3. He also was averaging 8 threes a game, so that’s a very good percentage from three. You should be excited about this pick. The Celtics have needed a player who can score off the bench, and he can give us that. He has a quick and smooth motion which will allow him to create his own shot off the dribble. His defense isn’t great for a player of his size, but maybe Brad and company can work on that part of his game. This is a great pick at 14 for Danny.

At 26, Danny selected Oregon PG, Payton Pritchard. He averaged 20.5 points per game, and 5.5 assists his senior year. He also shot 41% from three. Again, we lacked shooting, and Pritchard can help fill that void. You guys may not know much about him, but he’s a gritty player (think Marcus Smart) who is also a highly skilled ball handler, and will also dive for loose balls. You guys are gonna love him!

At 47 Danny drafted a draft and stash PG in Yam Madar. He played for Israel’s senior national team where he averaged 15.9 points and 7.7 assists. He has the potential to be a playmaker and a capable scorer. This is a good draft and stash guy.

Let’s start with who departed. This offseason we lost Brad Wanamaker, Vincent Poirier, Enes Kanter and of course Gordon Hayward. Poirier isn’t a loss at all, he never was gonna see court time and he was way too slow. Enes Kanter was a great addition for the team last year. He proved to be a great offensive rebounder, but lacked on the defensive side of the ball. Brad Wanamaker was a decent backup, but not the future to put it bluntly. Last but certainly not least, Gordon Hayward. What can I say, the hate I see from Celtics fans about him is his down right horrible. The guy was a team first player, who missed his only son’s birth to help them in the playoffs. He also came back 2 weeks earlier than he normally would have. He just had some horrible injuries that prevented us from seeing the full Gordon Hayward of Utah. vAlso, he averaged 17 points per game as the 4th option! How is that not good? Ok, so now let’s check out who we gained.

Besides the two draft picks (Nesmith and Pritchard) we added two veteran players at areas of need. As I stated earlier, we lost Kanter, but we gained Tristan Thompson. This is an major upgrade plain and simple. I loved Kanter but Tristan can play defense. He’s a versatile big, who can play inside and out. He’s a threat at the rim and a tremendous offensive rebounder. He averaged a double double last year on a bad team. So, he brings the same kind of offensive rebounding Kanter did, but he also adds the versatile defense, which was much needed after watching Bam kill us inside. He will be a great addition to the team, and fans will love him here (just keep the Kardashians away) .

We can’t forget about the signing of Jeff Teague. He again, is an upgrade to Brad Wanamaker. He will be a good backup who will be able to run the offense effectively. He can push the ball up the court, and can put pressure on the opposing defense. Again, like with Thompson we added a much needed veteran presence. He’s a nice pickup to bridge the gap until Kemba is ready to go.

The Gordon Hayward drama was at an all time high the past two weeks. He was gonna go to Indy, and we get Turner and McDermott , rumors were Danny wanted more in the package. He reportedly wanted Turner plus one of Oladipo/Warren or Holiday. Did Danny push to far and lose out? I am not sure we will ever know the truth of what went down. I do know the Celtics and Indy both offered him deals around 100 million. Michael Jordan picked up that phone and called Hayward and offered him 30 million a year, 4/120. No thanks on that. Could u say no to 30 million and Michael Jordan? I couldn’t! Everyone thinks Charlotte jumped in at the last minute, but word is, they were in from the beginning. Gordon Hayward again was a team first player. He could of just left in free agency to Charlotte and Boston would have gotten nothing in return. So you can thank Hayward for that 28.5 trade exception we received, because he wanted Boston to be compensated. He didn’t have to do that. I wish him well in Charlotte. Just for the fans who want to look and see who we could possibly get with that exception, we cannot add players to the deal, so the player cannot make more than 28.5 million. You can forget Bradley Beal because he makes 28.7. The deal has to be kept under the 28.5 million. This is the largest exception ever, so gotta give Danny props for getting this done. Don’t expect him to use it until the trade deadline or even wait until the offseason. Be patient guys…

Overall I think we had a good offseason. No huge moves but this team upgraded at center and backup PG, plus added two shooters in the draft. December 23rd the Celtics open the season at home against the Milwaukee Bucks, and I am extremely excited! They also play Christmas day at 5pm at home against the Brooklyn Nets (booooo)

The season’s almost here, seems crazy to think about, because it just ended. Crazy time we are living in. Things will get a little happier when our boys in green are out there kicking butt! 🍀