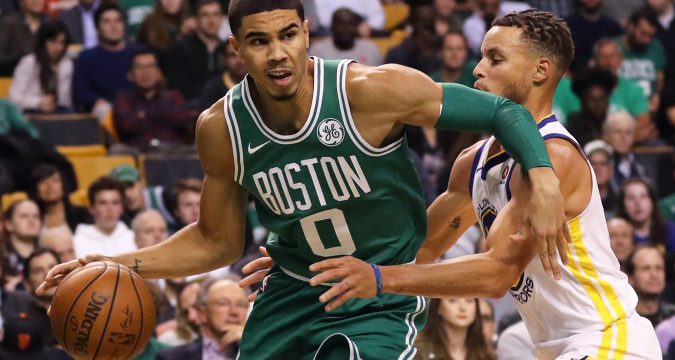 Before April, the Boston Celtics struggled to have any consistency and continuity on the court. Every time you looked at the injury report, either someone was injured or was in COVID protocols. Kemba Walker was not playing the second game of back-to-backs. Jaylen Brown and Jason Tatum were out for some time after testing positive for COVID-19, and some minor injuries. Every time you’d think the Celtics were putting together a winning streak, they would lose two games in a row. At the start of April, it looked like this team was going to have a short stay in the playoffs. Well, things have changed for the better thanks to trade deadline moves by Danny Ainge. Danny went out and traded for Evan Fournier. This move added another score to the lineup. In another trade, Boston traded for Luke Kornet, and Daniel Theis went the other way. It was sad to see Theis go as he was a decent contributor the past few seasons.

To begin the month of April, the Celtics were 23-25. Since that time, Boston has turned things up and has played arguably their best basketball of the season. Winning nine out of their last ten has them in the fourth spot currently in the Eastern Conference standings. At TD Garden, the Celtics are 18-10 and with fans being back, will be a tough place to play come playoff time. Jason Tatum and Jaylen Brown have gone to another level offensively recently putting up multiple 35 plus point-scoring performances. Robert Williams is now in the starting lineup contributing on both ends of the floor. Kemba Walker has been more consistent on the offensive end making key shots when it matters. The only issue for the Celtics is health. If they can stay healthy the rest of the way, look out for Boston to make a late-season push!