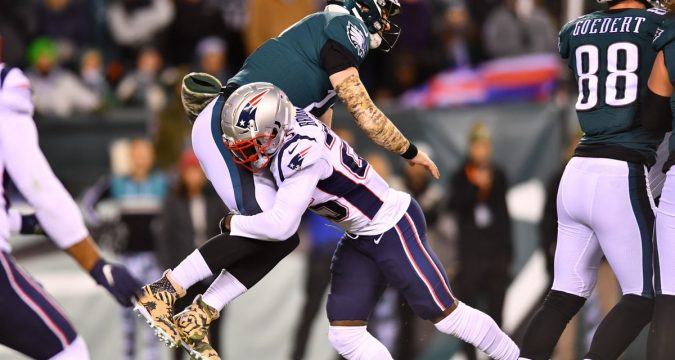 For those of you who follow the site, you know I don’t tend to write a lot of articles. I enjoy being more of a behind-the-scenes person. But I felt this needed to be said, so here we go!

If I came out and said the #patriots offense was currently top notch, I wouldn’t be telling the truth. Yes, they struggle at times to move the ball, yes they struggle to score TD’s in the red zone at times. But relax people. They are lead by the greatest QB of all time in Tom Brady, a decent offensive coordinator in Josh McDaniels, and the greatest coach of all time in Mr. Bill Belichick.

Negativity towards the team

This topic right here is why I am doing this article in the first place. I hear some fans saying they aren’t going anywhere this year because of the offense. Specifically they are blaming the offensive line, and some even think Brady is starting to decline. I will be the first to say that Newhouse has been less than good. And this is part of the reason Brady has struggled at times. It’s hard to concentrate on who is open when you are worried about getting your head taken off from your blind side. Thankfully Wynn comes back this week against the Cowboys, and you will see the line start to gel. Brady will start to have a little more time to throw soon and that means they will start to move the ball better. Take it one game at a time, like the team preaches every chance they get. Remember, it’s not how you are playing in November around here, it matters how you are playing close to playoff time.

Defense has been amazing

While the offense figures things out, they have the best defense in the NFL to carry a little bit more of the load. They had an off game against the Ravens, but they have been phenomenal every other game. Save the weak schedule argument, because I am not buying it. They are not letting teams go up and down the field on them. Most teams have had a hard time getting past midfield on a consistent basis. They are also turning the ball over on a record pace and this will allow the offense to start turning those turnovers into TD’s.

Don’t let the Boston sports media get you freaked out about the team. They do it for article clicks and to get you to listen to their radio station. The #patriots are 9-1 this season, and the only loss came against a good Ravens team who had two weeks to prepare for this. The game was also in their building. Remember last year when the defense couldn’t stop a nose bleed and the offense was playing pretty well? The defense ended up being pretty much lights out in the playoffs, and held the high scoring Rams to 3-points in the super bowl.

Enjoy the ride this season, because I know I will. Just sit back and watch this offense come together at the time, and have every other fan base pissed off AGAIN!! Thanks for reading!

You can find our latest podcast episode here: https://pod.co/boston-sports-blitz/11-18-19-doom-and-gloom-for-the-9-1-patriots