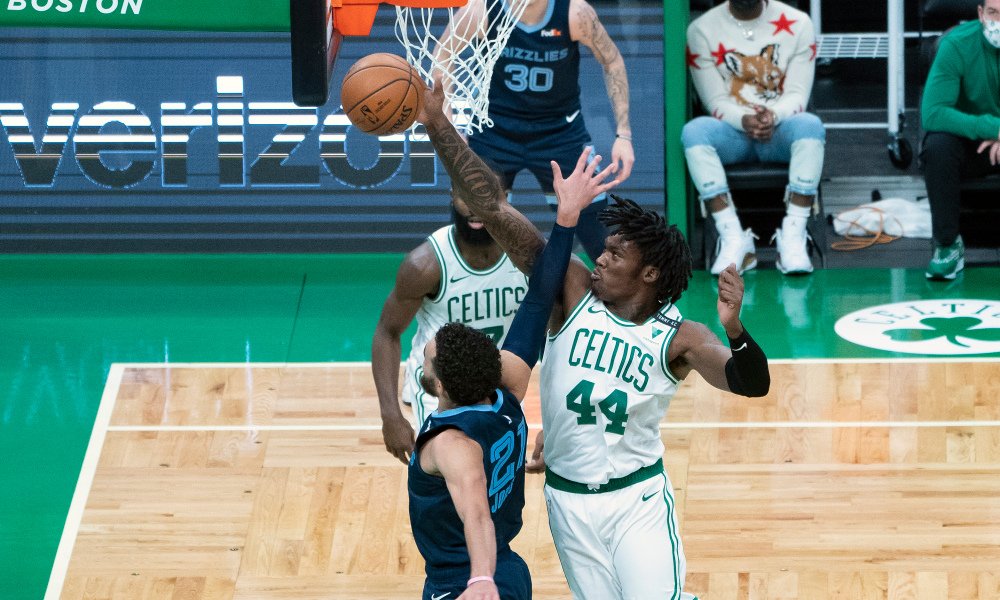 So, we are in the middle of one of those rough patches that was inevitable early in the season. No matter how many precautions you take, COVID-19 can change all your planning in a moment. Frankly, I have no idea what happened against New York. It was one of those games that happen from time-to-time when absolutely nothing goes right for our team, and the opponent looked like The vintage globe trotters playing the Washington Generals. Those games happen, we just move on. Naturally, we were short manned with several guys, including Tatum, out for COVID protocols. But, that’s just fans reaching for excuses. The Philly games didn’t really bother me that much. Yes, we didn’t play that well, but we weren’t that bad either. We still have that same excuse; no Tatum, but the real issue is finding that defense that we used to be famous for. So we lost 2 games to a “rival” are we back to blaming Brad for his line-ups? Or is it Danny for not getting a “real” big. Or is it COVID? Just pick your favorite and go with it. You can probably build a case for any one of those. I call it a team loss; I also think that going short-manned is going to help us down the road. I had no aspirations of a perfect season, or even of finishing on top of the East.

So, I would like our guys to learn from these losses and improve. So after the Philly series we played two good games against teams we should beat, and we beat them. But then we go into San Antonio with close to a full squad. I really enjoyed that game, both teams had pretty good runs. It was great to see the crew back together again. We saw an offense, that we dreamed of, but what happened to the defense?! Brad reached into the Miami playbook and pulled out a zone defense that worked for a while, but the overall defensive intensity wasn’t sustained. We fell short, against a pretty good team, but frankly, a team we should beat. I’m not all that concerned, it is still early in the season, and our guys are trying to get use to ever-changing line-ups as Brad Stevens figures out who he can depend on. So what is this article about, if everything is just fine? I do have a couple real concerns, but it isn’t really anything that is huge, or unsolvable. The first being Payton Pritchard? Hopefully we will get a status update soon on how his knee will affect us moving forward. In my opinion the two big line-up is a disaster against most teams. Going with the two bigs has been a much larger problem than “not having a real center” ever was. After going multiple years with fans insisting that Boston needs more size some think that Boston adjusted by playing two bigs at a time. I really don’t think that is the case. I think Boston has gone with two bigs on occasion, because that is what they happen to have. Theis, Thompson, Rob Williams, Grant Williams, and even Tacko. That is a lot of guys to give minutes to if you only play one of them at a time. So Brad is trying to cover a shortage of wings with an abundance of Bigs. The problem is mobility. One of those guys has to match up on the perimeter, and although our guys may be mobile, as a 5. They are not mobile, nor do they have the shot-making ability of a 4.
I know many people agree that we have a weakness in the middle, however, I am probably in the minority for saying the weakness is playing too many bigs, not that we don’t have one. Let’s make a quick assessment of our “bigs”:

Daniel Theis: Earned the job last year and is pretty much that same guy. Has had a couple games that he totally disappeared but has also had a couple of really solid performances. He isn’t going to wow anyone, but he has been reliable, and Brad seems to trust him.

Tristin Thompson: The guy that was brought in to be the “real big” that fans have been longing for. Well, what can I say: He can rebound and he gives us another 5 fouls to use against the other teams center. I will simply say, I have been under-whelmed by Tristin.

Rob Williams: The COVID break didn’t help Rob. He had a few good games early in the year, and I feel he can finally be that guy that all of us hoped he was when he was drafted. He can still be found leaping into the bleachers at a head fake, but it doesn’t happen as often as it used too. I think this will be his break-out year providing injuries don’t side-track him.

Grant Williams: This one pains me, because I really liked what he showed early in Boston. He is smart, can pass, and isn’t afraid of contact. The problem is, he is too big, and too small. He has some skills as a player, but finding a match-up that favors him is difficult. He is probably most effective in a super-small line-up as the only big. But, with our plethora of bigs, he might find himself out of work. If he were able to get more reliable as a 3pt shooter I would think he would get minutes but so far, I think he is available to go along with that TPE that Danny Ainge still has in his pocket.

Tacko Fall: He has a following and there are many, including yours truly that wish him all the best, I just don’t see him as a rotational player.

I started this article by saying, we are fine, and our problems are solvable. Well they are. But the key isn’t bigs, the key is wing-play. As Tatum and Brown continue to evolve, and further down the road, when Langford returns we will be looking good. Javonte and Semi have been acceptable in their minutes, which may not seem like high praise, but it is considering where they were coming into the season. It should soon be time to dust off that draft pick not named Payton. Hopefully we will get to see more of Aaron Nesmith soon.