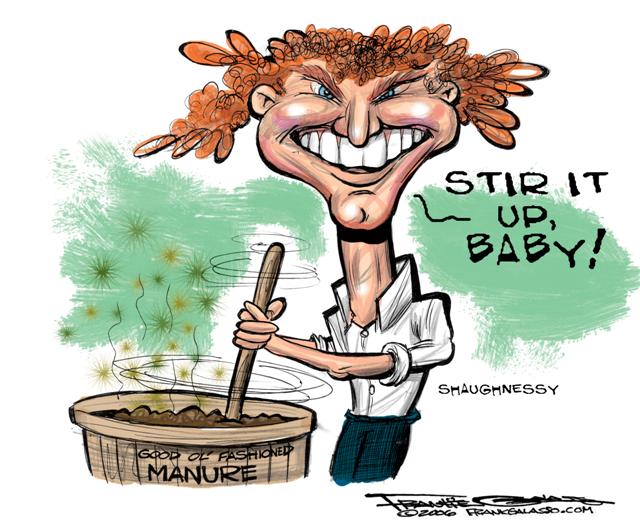 Buried deep inside Misery Mountain on the border of western Massachusetts and eastern New York there is a WAR ROOM. Here the dullest minds in sports meet every year to discuss plan and shape â€œThe Narrativeâ€.  What is the narrative? How to discredit – discount and destroy the greatest Franchise in sports history – The New England Patriots.

Led by a dimwitted commissioner, the inner circle is made up mostly of national and local media types, high ranking former Jets interns and possibly Papa John’s board members,  The best way to describe this brain trust is The League of Less Than Ordinary Gentlemen. The anti-Illuminati if you will. One of the founding members of this think-tank is man known as Agent SHANK. A Double 0 this man is not. Shank leads the propaganda ministry and has hammered home a theme that has now become a national obsession.

â€œThe Patriots Win Because they Play No One â€œ

Iâ€™m here to finally put that message to rest once and for all . I am pulling the parade of the tomato cans permit. After today the story is DEAD.

Since 2001 The New England Patriots have reigned over the AFC East and the NFL.. Sixteen times they have won their division,  They have gone to the AFC title game twelve times and won eight of those contests. Taken those eight wins and brought home five Super Bowl titles under Tom Brady. The two seasons Brady has not won the division: 2002 and 2008 (Brady;s lost year) the Patriots finished second in the East with identical records ( 9-7 and 11-5) as that years winners, the Dolphins and the Jets.

The AFC EAST champion winning percentage over this time period is 0.763.

AFC East second place winning percentage over this period is 0.659.

Fifteen times the the team that finished in second place was .500 or above.  Eight times they finished with double digit wins.

AFC East third Place winning percentage over this period is 0.416.

Eight times the third place team in the AFC East was.500 or better.  Eleven times they finished with a 7-9 record or better .
The AFC East cellar dwellers 0.326.

Since 2001 the AFC East has sent eight Wild Card teams to the Playoffs.

Their Record is 5-9 over that period, The Jets made it to the AFC title Game Twice.

Since 2002, the year of inception, the Colts have won the AFC South nine times – more than half. Yes, you can sprinkle in a Titian win here a Texans win there and the Jags claim to fame in 2017, but it’s mostly been the Colts.

Between 2002 and 2017 the AFC South has sent 8 wild card teams to the playoffs, All eight were one and done â€¦.. Five times this division winner was one and done. Six times the South champion made it to the AFC title game, four times by the Peyton lead Colts. He won twice and won a Superbowl – Bravo i guess.

The AFC North was put together in 2002.  i went back to 2001 with this look at the Black and Blue Division. If you want to contend that the Patriots have had it easy this is the division you want to go with. Or is it ? The Steelers have won the Division nine times, the Ravens, five and the Bengals have claimed four championships.

In no other division do you have the turn over at the top as you see year in and year out as in the AFC North.  On the surface that seems to fit the SHANK propaganda message, but in no other division do you see a winner tumble into third or fourth place the next year as often. When the winner faces tougher Div winning schedules they fall to The Bottom of the Division. The third place finisher rises to win the Division the next season Eight Times.

Twice the North’s division winner has won the Superbowl. 2008 Steelers and the 2012 Ravens. The Steelers made it back only to lose in 2010. Seven times the North’s Champion lost in the wild card round.

Since 2001 the North has sent twelve Wild Card teams to the playoffs, more than any other division in the AFC. Five of the twelve lost their WC games. Five lost in the divisional round, the 2005 Steelers 11-5 went on to win the Superbowl, and the 2008 Ravens made it to the AFC Championship Game.

Finally we head out west. The land of Thin Air – Bad BBQ – Palm trees and Just Suck Baby. The west has been ruled by mini divisional dynasties, Early on it was the Silver and Black – then the Powder Blue wave hit. Â Manning took his talents Mile high and the Broncos had a run. Now it’s the Chiefs turn. Lets see how the Numbers shakeout shall we ?

On the surface this Div champs winning percentage looks more than respectable. But when you see that twice since 2001 the AFC West had an 8-8 champion (that sound you just heard was my head Exploding) it makes you rethink that.

In the Tom Brady Era, the AFC West Champion has been to three Superbowls.  The 02 Raiders the 13 Broncos and won one the Broncos in 15â€™, Nine times the division Winner was one and done in the postseason.

Over this same time period the West has sent 7 Wild Card teams to the dance. Five were one and done.  Only the 13â€™ Chargers and 15â€™ Chiefs have made the Divisional round – neither made the AFC title game.

Stats give me a headache, honestly i had to walk away from this keyboard two dozen times while writing this column. Anyone with a passing knowledge of football can see with their eyes that the SHANK propaganda is just that. a smokescreen that has spread across the continent, A Lazy take scooped up and ran with by talking heads who are even lazier than the originator.

Not only do the numbers show the AFC East is just as tough to play in as any other. In most cases it more difficult and the Patriots road is harder than anyone else’s. Sixteen times and for a decade straight the Patriots have played a division winners schedule. Each week for 18 years they have taken the schedule makers best shots and come out on top. You could take the Brady led Patriots and move them to any division you want, the road would not have been any harder, the outcomes would not have been any less impressive, The Parade of the Tomato Cans isn’t  Over –