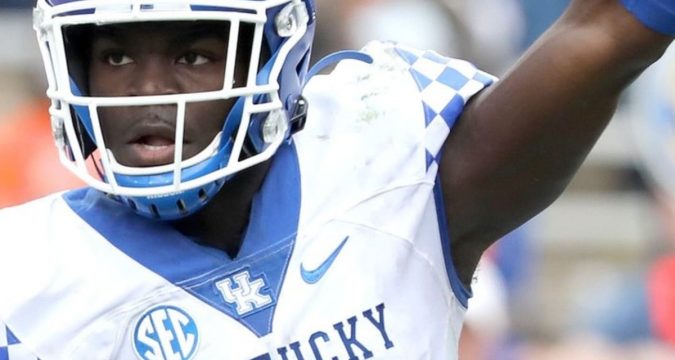 Welcome back my friends to the show that never ends – we’re so glad you could attend – come inside come inside.

Continuing my Perfect Pats prospect search i bring to you my friends , Kentucky Linebacker Jamin Davis

More and more people around the league are becoming aware of Jamin Davis, and that disturbs me. Why do you ask? ( i can hear you asking ) well he won’t be the absolute steal i was hoping for in the third round.  if there had been an NFL combine this year everyone would know this man’s name by now. Davis is ranked by most experts as the sixth or seventh best LB in this draft class and well needless to say I have him ranked much higher.

There are few Linebackers in this class that do  everything Davis does and even fewer who do those things as well as Jamin Davis, he is exceptionally gifted ,faster than Zaven Collins – smarter than Micha Parsons  – Better in coverage than maybe any backer in this draft. This man knows football and his position, adding in the fact he only has eleven starts under his belt and you may understand why I feel his ceiling is higher than every other linebacker in this draft not named Parsons. He explodes to the ball and yet never seems to be caught out of position. He;s huge but has no difficulty dropping back into coverage. In short he has the skillset to get it done in either a 3-4 or a 4-3 scheme. As an every down player. He brings the thump to run stoppage and glides back in coverage with the same kind of purpose ( A quest for the ball ) that you rarely see in a player with his limited experience. As i said earlier Davis would have been the steal of the draft on day three now he maybe gone before the end of the second round. Is Davis perfect for the Patriots ? I think so, do you ? and wouldn’t you really like to see me Tweeting “ WE BE JAMIN “ for the next decade on Sundays ?