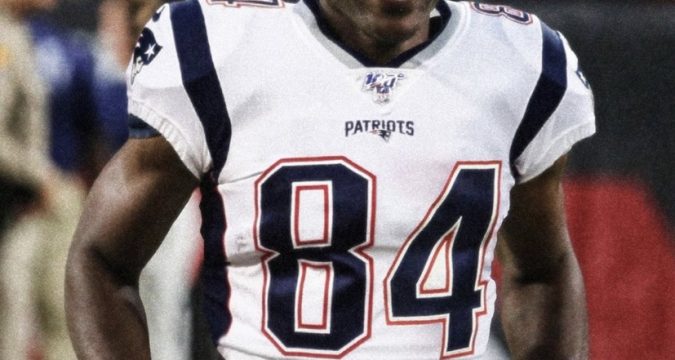 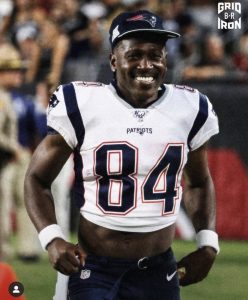 When Antonio Brown got his release from the Oakland Raiders all eyes focused on one Patriot Place. What 31 other teams feared came a reality shortly after 4 o’clock with the announcement of Brown to the Pats. I will fully admit it took me by surprise at the time, but with anything Pats expect the unexpected. They have a history of signing players with questionable backgrounds.

The history is long with them, and includes names such as Dillon, Moss, and Haynesworth. Â We all saw the circus in Oakland starting with his complaint about using a new helmet. Â The chaos didn’t stop there, and Â it got progressively worse. This whole circus from the outside feels like it was calculated on Brown’s part.

Would it be a surprise to anybody if that wasn’t the case here? We will never know the real answer to that question, but I really feel it was. We could be in for a shocker and he buy into the “The Patriot Way.” It wouldn’t shock many people though, because most players who come here buy into the system. Worse case is he acts up, and Bill gives him the boot.

With all that being said, I should have known he would be here. My co-host Steven Thompson said to me around midday “He’s coming, yeah ok Thompson.” When the news broke I could sense that grin of “I told you Blackey!” coming from him, but that is Thompson a true friend. Â With Brown in tow, we should start focusing on the future of this team.

Loaded On Both Sides

The offense is now severely loaded on paper anyways. When you look at the depth at wideout it is staggering. Let’s take a look at the potential lineup: Edelman, Gordon, AB, Thomas, Dorsett, Myers, Gunner, and Harry when he is back. Â That is a stacked position now that should give opposing defenses fits. The offense still has question marks at the o-line and tight end spot, but this offense on paper rivals 07.

This team going into the season feels good top to bottom. The defense looks like a wagon right now. The offense suddenly is looking like a world beater, but it is all on paper right now let’s remember that. The Patriots opening up Sunday night against Brown’s old team the Steelers. This will be the first time in NFL history where two teams with six Lombardis face off. With so much history in this game signing Brown adds to the history between the two.

With football being back we all win don’t we? We won’t know if this signing is a win just yet for the Pats, but Brown really has a chance to show he has what it takes. When you mess up here you aren’t long for this league. I still have my reservations on this, but I will give him the benefit of the doubt in this one. What am I really gonna do anyways? The man in charge is Bill Belichick period end of sentence.

There is a ton of people rooting for you come in do your job, and buy into the Patriot way. Â The ultimate prize is hoisting Lombardi at the end of the year. When you think favorites Pats, Chiefs are generally the two teams people think of, but if you play like you are capable of sky is the limit. What I would suggest doing is come in feeling like a rookie, act like you have something to prove.

With all of that being said Lets get it on people. The season is back and I am ready for it. Let’s hope we have ourselves another year of fun here.

2 thoughts on “Look Out NFL: Patriots make a splash”