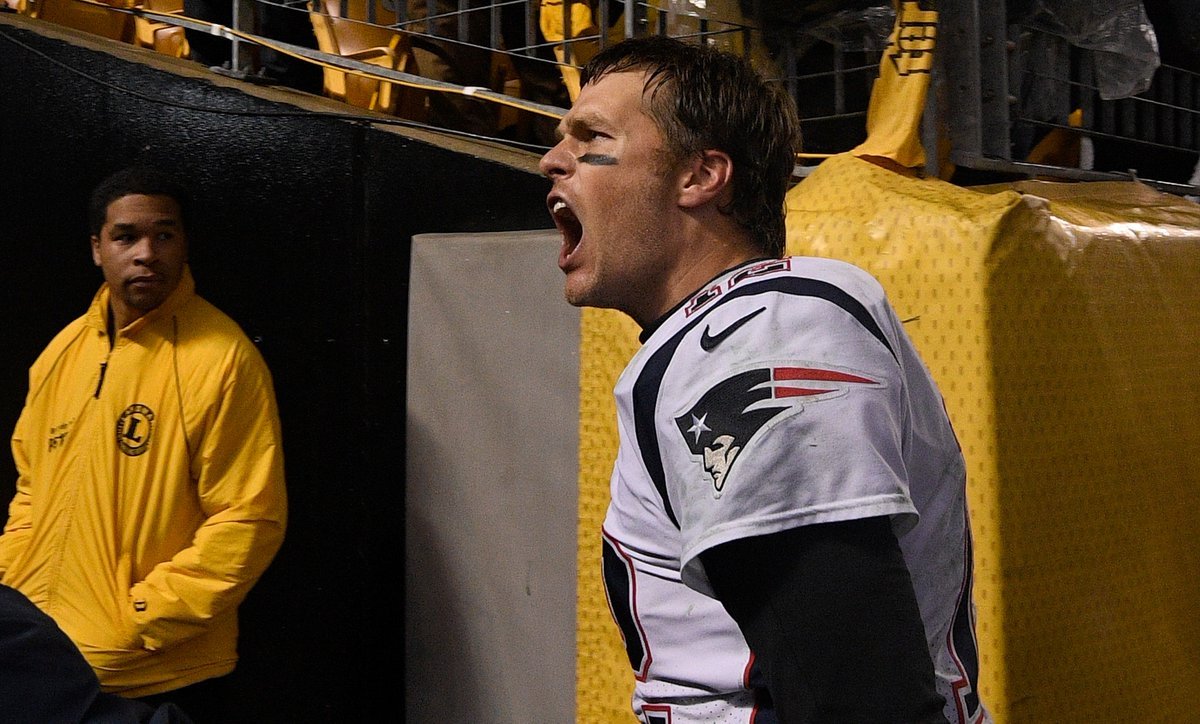 For what feels like the 19th straight year the Patriots will travel down to Pittsburgh to face off with the Steelers. Quite honestly people what is there to say that i haven’t over the last four or fourteen years. Tomlin is too stubborn or stupid or both to change up a defense that is tailor made for Tom Brady to rip apart like a fat kid on a Klondike Bar. Roethlisberger still thinks every game is a pissing contest. And the people in Pittsburgh still think a slapping a lb of fires between two hunks of Italian bread turn any sandwich into fine dining . So without rehashing every Pats vs Steelers match-up over the past decade here are my Monster Key to Patriots victory.

I was going to go with Run Sony Run. but if the rhythm is going to get you i don’t really care who it is back there. The line needs to establish its will on this Steelers front early, the way to do this is to pound the football. Sony Michele has proven when he gets the ball and gets it often good thing happen for this team. His work out of the backfield as a pass catcher is getting better as is his blitz pickup, so fuck it. Sit down Rex you’re just two steppingâ€¦  RUN SONY RUN..

False Starts – illegal motion – Holding ? i don’t want to hear it . Encroachment – Pass interference – Personal Foul ? Not this week, don’t force yourselves into playing catch up with the sticks , don’t give the Steelers free yards.

Find # 25 Exploit # 25 if # 25 is on the field throw the ball in # 25â€™s direction. Former first round pick Artie Burns is # 25 and is having a horrendous year. i expect you to hear his name often Sunday. Burns had been relegated to second team duties but iâ€™m hearing that wonâ€™t be the case on Sunday. Burns has been running with the first team and this is the weakest link in a weak secondary.

Let get something straight here , Gronk doesn’t have to catch a single pass to affect the outcome of this game, The Steelers remember what he did to them last year and were torched by Oakland TE Jared Cook last week. For the passing game to excel sunday Gronk needs to drag coverage away from the rest of the receivers and open up holesâ€¦. Thatâ€™s a fine Gronking. But i wouldn’t mind 7 catches a hundred yards and three scores.

Every week people, this week it’s more important than any. the Pats had
13 turnovers in their first 7 games. They’ve committed 1 in their past 6. You do the math…Â

That’s it my rabid readers. Look i could go on and talk about double coverage on Brown and let  Gilmour handle Smith-Schuster. Too not forget about Vance McDonald and Jesse James but I’ve cut those keys before. In fact if i wasn’t so lazy iâ€™d find a link to where i said it last year or the year before or the year before that…So lets move along you;re smart people…

This patriots team is deep in the heads of the Steelers, the players – coaches and fans. The thought of Brady and Belichick have Tomlin so out of whack, so freaked out he brought in former Michigan DC and Giants LB coach Jim Herman to work with his defense this week. JUST FOR THE WEEK. I understand the Pats have had issues on the road this year but you can say that about many seasons not just this one, after what happened last week, to allow that Dolphins team to steal a road win from them? i can’t see it happening again, this team won’t be out played out coached or out done on Sunday