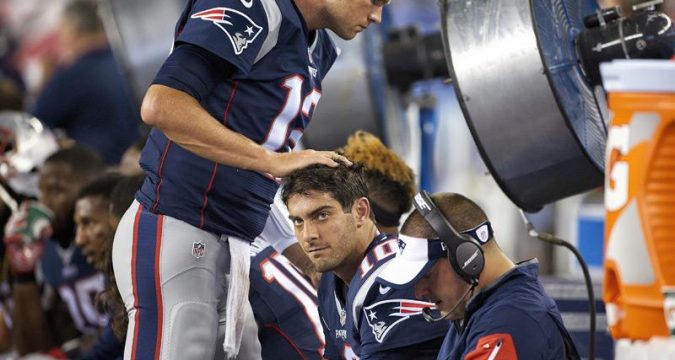 My Monster Key to The Superbowl

When it comes right down to it when you get to the nitty-gritty of choosing who should win this contest it’s about trust, who do you trust more ? Jimmy or Patrick ? the Niners Offense or the Chiefs D . Kyle Shanahan or Andy Reid ? I come down on the Niners side on each question. Sure there is a certain amount of animosity, But when have you ever known that to let me cloud my vision ? NEVER. So without further French words , Here are my Monster keys to Niners victoryÂ

Toss Plays take the D line out of the game and that’s the key to this game for the Niners. What Shanahan needs to do sunday is to keep the ball out of Mahomes hands for as long as possible. How do you do this ? By running the football, What do the Niners do best ? Run the football. But Shanny wont be as stupid as Mike Vrabel, He will get to the edges and keep going to the edeges. you will not see The niners run play after play up between the tackles and into the teeth of the Fatso’s that KC rotates on their D- line. Pin them to the back side of the play and make the Chubbies chase Mosart down from behind.

Over the past two games the Niners have gone so run heavy a lot of people have forgotten the talent of Debo Samuel, I haven’t . this kid has speed enough size and the talent to make anyone look stupid. Just ask anyone who passed on him in last year’s draft. Look for Samuel to get into space off motion to the weak side and allow Jimmy an option off play action, or as another runner when the chiefs go heavy to take away the gaps. Trust me Debo gets into the endzone, twice today.

Contrary to popular belief the best TE in Football is in this game, But his name is George Kittle look for him to bust a seam or three once the run game has been established and the men in front of him are more worried about shedding his blocks, Jimmy wont throw the ball 50 times ala TB12 today but he will be in the mid twenties, and Kittle hals in five of theose to move the chains.

Limit the Laundry .. the Niners can’t get hand out free first downs

Win the turnover Battleâ€¦ take care of the ball and the rest takes care of itself.

Play In Front of Mahomes

Lets harken back to Super Bowl XLIX shall we ? yes we shall i my keyboard so we shall harken , One of the best examples of how to stop a mobile QB is to not pressure him, to not get pushed back behind the pocket, Keep Mahomes in front of you force him to be patent with the ball and hope you catch him from the back side while he;s wating for his receivers to come back to him. BOOM

Thats it my rabid readers, im sorry this came so late but between sheer outrage in the Patriots not playing today and a real long week health wise not to mention a 12 hour wrestling meet i wasn’t able to do it sooner. Enjoy the game â€¦. 31-23 and Jimmy G for ThreeÂ