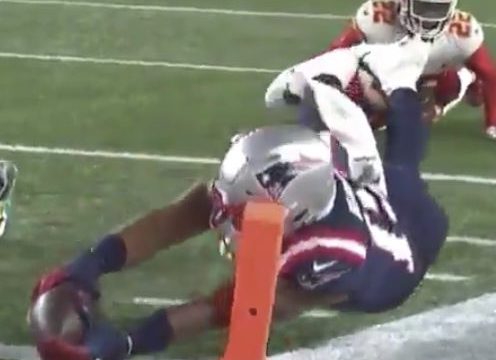 You would think that the past 20 years would mellow me when it comes to how I feel about the Dolphins. But No. The fish will forever be: The thorn in my side – The pebble in my shoe -The pain in my ass. You see i grew up in the 70â€™s and 80â€™s, I had to deal with Mercury Morris – Larry Czonka – Marino and that lisping-spitting-cheating, yes cheating – jealous son of a bitch Don Shula. So even though the past twenty years has been enjoyable, it doesn’t erase the memories of my youth. Iâ€™m not sure anything will. But come Sunday at 1 PM TB12 gets to give 5-7-19 year old Murph a bit more peace of mind.Brady is 23-11 vs the Phish While the Patriots are still 53-55 against the swamp people. One of just three teams in the AFC with a winning record vs the Pats (Do your own research people i’m not an intern) means I still want this one as badly as I did in 1972 -77-83 or 2015. It’s personal and it always will be. Old friend Brian Flores will be emptying everything he has left in the phish tank to make sure I have a sleepless Sunday evening â€¦ Here are my Monster Keys to not letting that happen.Â

Two Backs are Better than One
As we all saw last week when the Patriots listen to me and go with two back sets, the offense thrives. The Pats forced the Bills to respect the run game and it paid off in play action. and put points on the board, should have been more points but: Burkhands.Â

Do your JobÂ
This is the first time in a decade of writing this column that I have stolen a key off The Hoodies ring. Last week each and every time the Pats looked bad, be it converting a third of fourth down or giving up a huge chunk play, it was a breakdown with someone’s personal responsibility. No one on the bills side of the ball blew up blockers to get that big stop no one had their ankles broken on OMG did you see that move type of play that stopped a Pats drive to putÂ  points on the board for the Bills. Do your Job and the machine doesn’t break down.Â This is New England We don;t need Pinnies here.

Make it Harry
Not hairy, Harry. Nâ€™Keal Harry has shown heâ€™s ready to have the training wheels taken off his bike and set loose on the neighborhood. Now that he has been getting regular work in with the ones during the week the kid is popping wheelies all over the field. Be it staying alive when a play breaks down-making back shoulder catches – creating separation down field or punishing all pro corners with his blocking.Â the man is getitng the job he;s given done. It makes you wonder why he was ever put on IR. get Harry involved early keep him involved all day and enjoy this amazing talent.Â

The Every weeksÂ
Keep the Laundry in the basketâ€¦ Zero Penalties
Own third Down,… things are looking up, last week 50% ! alert the mediaÂ
Win the turnover battle â€¦.Â  I;m not looking at Rex but yea i’m looking at RexÂ

Drive Harvard into the Yard
No one has given up more QB hits this season than the Dolphins OLine, the Phish are 4-4 in their last eight games, a big reason for this is Fitzptrickâ€™s connection with DeVante Parker and Mike Gesicki, tad-bit hard to keep the chains moving and score close if your flat on your back.

Mix Tempo
First meeting be damned Flo knows how to stop TB – Kidnap him , just kidding. Mixing up the tempo of the offense keeps any opposing defense off balance and doesn’t allow them to get the proper personnel on the field, get a package onto the field you can exploit then go uptempo. And burn them down.

Like it – or not pride – or not – how often have we all seen the dolphins pack up before halftime and start heading to the bus late in the year, the season is over it;s done. These guys have all earned either a job or a ticket out of Miami already. Bury them in the first half and get the starters some extra rest. God knows these old men need it.

Thats it my rabid readers. Another 16 sets of keys another AFC East title and another trip to the postseason ahead. Get out of this game healthy and then lets see where the chips fall. I’m betting they fallÂ in Miami.Â