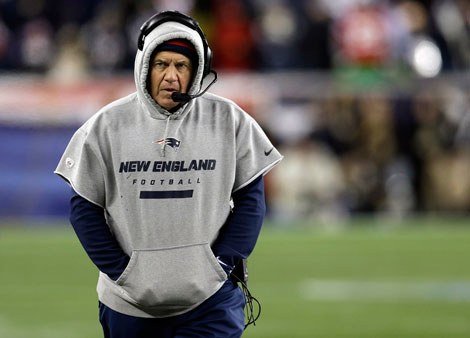 Monster Keys to Patriots vs Raiders

I’m a child of the 70’s, I grew up on Schwinn Bikes we turned into choppers with forks added to the front end , Hanna – Barberra cartoons and the Patriots getting burned in one form or another by the Raiders. Phantom roughing the passer calls – Dirty Hits ( RIP Darryl Stingly ) and Al Davis “If you ain’t cheating you ain’t trying“. Needless to say I was around long before the tuck “RULE” game, and I don’t like this team, be it in Oakland – LA or now Vegas – Al, his dimwitted son, and everyone associated with this team from its inception until now not named Amy Trask (Hi Amy) can kiss my entire green ass. . Trust me at 11’ tall and 14 hundred lbs – that’s a lot of kissing. Here are my Monster Keys to Pats Victory

Last week the Patriots played too passive and small on early downs. The Seahawks recognized it early on and and it paid off with a W. Time and again on early downs they gained plus yardage on the ground against a small Patriots front. At no time during the game did Russel Wilson have to play second or third and long. Make the Raiders play from behind the sticks, get them into situations that force their hand…. Set the Edge dont allow Jacobs to bounce outside,,,,, Unleash The Dugger

Gruden and his West Coast style hits quick to again get into second and third and short situations. Bump the receivers off their routes at the line for as long as possible and mess up the timing of Carr to his pass catchers. He hit eleven different backs and receivers last week..   Get physical at the line and clog the middle of the field ..Unleash the Dugger

No it’s not a curfew , I’m talking One Hippopotamus Two Hippopotamus – Get THERE…. As I said above, this is a short passing timed offense. While the Pats swung and missed with containment of Russel Wilson, that isn’t the key this week – Derek Carr moves like ML Carr. Get pressure up the middle and blitz from the right spots – Make Carr pay the price for being SLOW. … Unleash the Dugger

Play The Hand they Deal you

The Pats have shown they can play anyway you wish and put up points – that’s a lovely attribute to have. You want to go 3-4 no problem – you want to go 4-3, no problem – man-zone, no problem. Inside the numbers or out – stretch runs or up the, well not up the gut. but yea anything else… My point here – DON’T GET CUTE to move the sticks and don’t try to force your will upon the defense, Josh. This should be easier if James White is back (RIP Mr. White).

To this point, I have been let’s just say, VERY DISAPPOINTED in the yards after catch department. Some of this is a personnel issue, some has been play calling – some straight up incompetence. This needs to change, call me creature of habit, I like YAC, Attack this young Vegas Secondary and Go get me some.

Own third Down : As I’ve said before, the Raiders are killing it form third and short, They are 16-28 on third down and 2-2 on fourth down. This can’t be allowed on Sunday.

Limit The Laundry: this has been a shining beacon of Patriots play this season, keep it up.

Win The Turnover Battle : We saw last week a game can turn on a single turnover. This will be one of those weeks. The Raiders have only lost one fumble to date, but has put the ball on the carpet three times in two games. Punch it out and get ready to pounce. Carr shockingly hasn’t tossed an INT to date, yes I’m shocked after two games – aren’t you ?

That’s it my Rabid readers a very defensive heavy set of keys. but I grind them as I see them. The Pats have shown they can play anyway you want with Newton under center. It’s the defense that needs sorting out – who would have thought that in July .