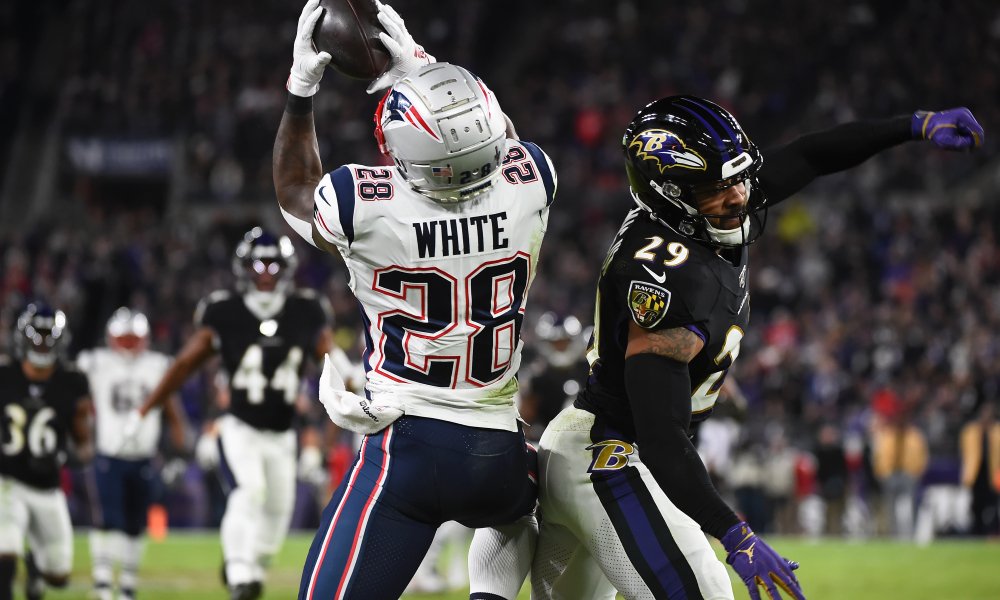 Last week we talked about an old hate, one I carried from my youth to adulthood, this week we will discuss a new one. Ladies and gents, I give you The Ravens, the team that builds statues to suspected murderers and tries and often succeeds to sneak wife beaters onto it’s rosters , a team that whines about not knowing the rules but breaks them every chance they get. Be it 360 degree taping of every game too bluetooth on the side lines . Don’t be fooled, this team’s heart is as dark as the plumage their namesake boasts.  Here are My Monster Keys to Patriots victory

Play with the lead

Like the Pats themselves this team is not built to play from behind, get up early and big. Do all you can to force this game into Jackson’s hands, while part of this stat has to do with how well they run the ball the Ravens are ranked thirtieth passing. This is The way

Baltimore runs more motion DURING the snap than any team in the NFL. Why ? they can’t bully you off the line so they scheme up everything off their motion to get Linebackers chasing and out of position to make a play. Don;t trust your eyes, Trust what you learned in film study

Dance with the one you brung you

We arrived at this dance in the Car of Damien Harris ,and since he;s too young to drive Jakob Johnson chauffeured. Run it run it and then run it some more.

Stopping the Ravens running games is easy, you just have to play smart and do your JOB. I know Bill and others say that every week but this week we mean it, do your JOB and do it on every down. The inside D-Line needs to clog the A – Gaps while the ends CRASH down inside and take out the edge option for Jackson or a RB. while the LB slashes into the spot the end just left to fill the edge. While the CB uses leverage to keep his receiver inside the hash, See Easy .This was just a semi-wordy way to say Gap Integrity, don’t worry about the other guy fucking up. Be smart and don;t fuck up yourself. Take them out of their scheme and this team has no plan B. Don’t get passive.

Why are we here early? because they are paramount

No YAC, tackling was better last week but still needs to improve if the Patriots want to sleep well next week.

Hit the Hamper, No laundry on the carpet please

Own third Down – force this team into second and third and long and get them off the bloody field. Take what you are given and get into short yardage to move the chains

Get the screen game going

Last week by design the Pats didn’t want to use James White but Josh’s hand was forced to eek out a win vs the Jets and needed his trump card. this week expect to see Mr White get his sweet feet involved early.

Get under center and use Play action.

After the early running key has been turned let Cam keep it honest and keep his mother happy with some easy play action completions , maybe even one in the red zone , MAYBE MOM i said Maybe.

Thats it my rabid readers. I know with how this roster turned out it could be difficult but with Guy possibly returning and the addition of Carl Davis on the line it helps my plan. others are getting healthy – youngsters are not as stupid as they were a week or two ago – it could all come to forwishen. And wouldn’t that be nice