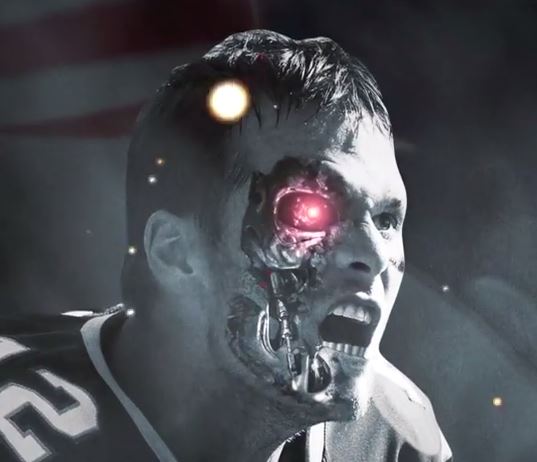 Show up ? The End â€¦.. Â I could actually get away with this , After all it’s Bills bye week. Pats show up run what ever beat Bills by thirty end of story.. But you all know me better than that. This Bills team is historically bad not just by buffalo standards but by NFL stat geek standards. The dildo filled dumpster fire that is the Bills Mafia tailgate experience has moved inside the confines of â€œNew era Fieldâ€ and has engulfed this team – it’s coaching staff and the front office,Excuse me while i chuckle to myself. â€¦â€¦â€¦â€¦. And okay we’re back. While i have no qualms letting you know how i feel about any NFL city it’s a rare thing for me to put down a fan base. With the exception of this one, there isn’t Â a bigger bunch of drunken reprobates outside of an English soccer match on the planet, i love the Pats beating this fan base. Not this team it’s fan base. Brady is 28-3 lifetime vs the Bills the here are my Monster Keys to Brady Era Victory # 29

One thing this Bills D does well is get after the QB , with 19 sacks on the season. 7 of them came against the Texacans. They shed blocks get after the passer and don’t give up pursuit, Push Hughes and Murphy (no relation) back past Brady – hold your blocks and let him move up in the pocket to pick apart the Bills soft underbelly.

In the past we have seen the Patriots line up people in the backfield you would never imagine, Well that some people wouldn’t imagine, some of you are pretty sharp. This week with a depleted RB corp they Pats will have to do the same to keep Mr White and Mr. Barner of the tentâ€¦ Paging Mr Patterson ?

Win the turnover Battle â€¦.. Jesus Christ people just once , can you not hand extra possessions to the opponent.

After weeks and weeks of chasing water-bug quarterbacks all over the field the Pats D has a good old fashioned pocket passer to run over …. id like to see a few beautiful bouquets of Flowers handed to Derek Anderson by Trey and Company

The D needs to get off the field this week. It’ needs to make third down stops

The Chiefs 40% .. first half skewed this number.

Iâ€™m starting to feel like a broken record, but , LeSean McCoy even though he doesn’t have a rushing TD this season scares the hell out of me., in fact the Bills don’t have a Rushing TD this season but they scare the hell out of me,Between McCoy Ivory and Murphy (again no relation) these RBâ€™s have the ability run between the tackles-get to the edge and catch it out of the backfield. Moving the chain and keep Brady off the field.

That’s it folks, I could go on about A-gap pressure and write another 300 words on the table smashing -pakinglot screwing – Vuvuzela Horn Beer Chugging Â Ass-hats of Buffallo who are no doubt already outside the stadium gates getting ready for their yearly Superbowl. But why pick on the short yellow bus â€¦.