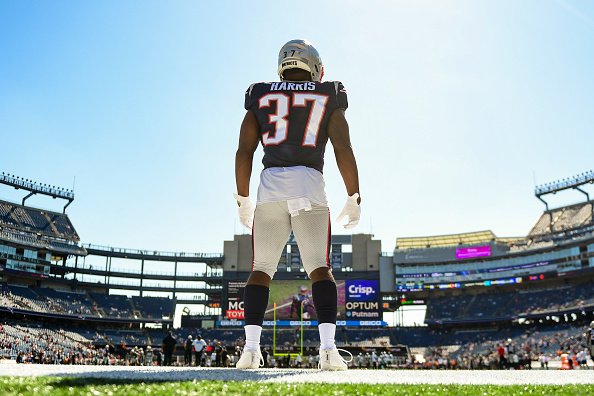 It’s Super bowl Week In Buffalo, yes the good people of Western/Upper New York and Lower Canada are setting up their best Buffet tables to toss each other or themselves through – The porta potty love nest are being scrubbed down and painted ( Thats not a HUGE Mint Buffalonians ) and buy your Doc Johnson stock now America because overnight orders for ” Marital Aids ” in upstate New York are about to send the company to new heights. And this is just for their at home parties, you know when granny stops over for Sunday dinner – beer bongs a couple of hits off the METH pipe and to defend her dildo toss record vs her new grandbaby Mamma …. Good Times .. Without further ado Here are my Monster Keys to Patriots Victory

Get The Ball out quick

Seems simple enough right ? you would think so but once again Newton seems to have an issue with HITTING THE OPEN MAN. they’re out there believe me i’ve seen them, Newton is still hanging onto the ball too long, lets get Gunner – James White and Damiere Byrd (Edelman had Surgery thi AM) involved early, attack the Bills Linebackers hit the speedsters in stride and Boom second and three. … Whispers ( Unleash the Zuber )

Run out of Motion

The Bills are abysmal at stopping the run after getting the likes of Trumaine Edmonds – Matt Milano and crew on their heels it’s time to unleash the hounds. Last week Josh tried to get the ball downfield with trickeration, use motion w our TE and WR to get the Bills D moving in the wrong direction and BOOM , Chains move with Johnson leading the way for Harris white and Burkhead.

Get Gilmore in Diggs pocket with help over the top , let Johnathan Jones hold down Brown and bully Cole Beasley at the line to keep him from getting the yardage underneath .

Limit the Laundry – again the Pats are atop the league in fewest penalties but there have been a few killers at the worst times .

OWN THIRD DOWN – remember earlier when i called the Bills run D abismoal ? well third down on both sides of the ball have Pepto – Abysmal on what has been the key to their success over the past 20 years. Move the goddamn chains. Stop giving me Agita , ASSHATS

I want to see massive pressure on Josh Allen, from the opening kick until the Patriots get back on their plane. If I could do it I’d have Patriots at his breakfast table. Get in his face and force him to be Josh Allen

The yards after catch and yards after contact is literally aging me , quite frankly i can’t afford it. This is Pop Warner stuff people , wrap them up and drag them down..

Thats it my rabid readers, or should i say this is it. How the rest of this season unfolds depends on a goddamn trip to Buffalo – Win and they are in lose and it’s start thinking about next year, Jesus it’s like 1973