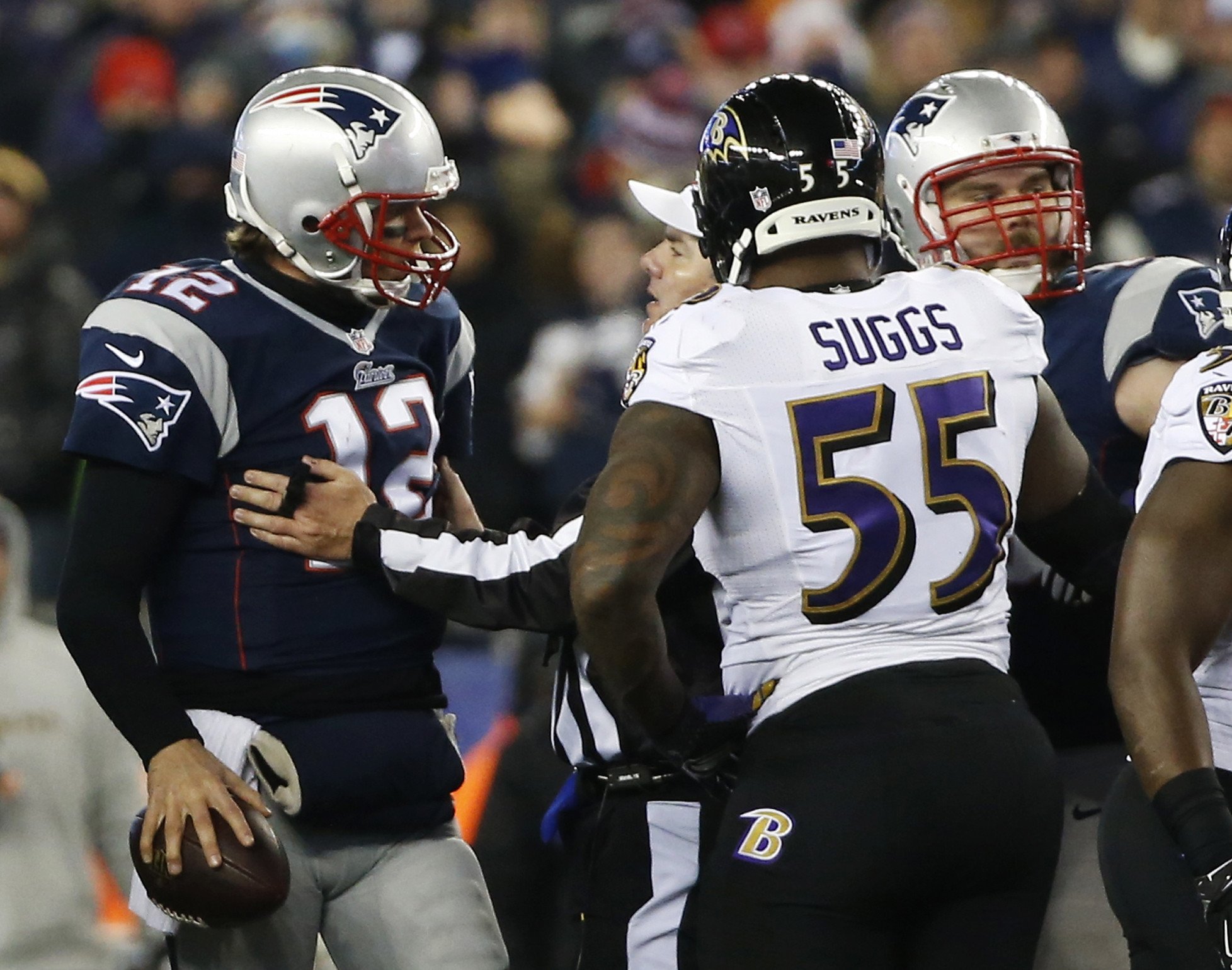 Rivalry.  Itâ€™s a word often misused.  There was a point and time when this game would be considered a rivalry game. but those days are as gone as Ray Lewisâ€™ White Jacket.  Ed Reed in rightfully in the Hall , Suggs is buying bleach and racking up DUI charges in Arizona, Flacco is getting high (on thin air) in Denver and Ray Rice is doing well, hopefully doing well in therapy. In short, the Ravens are 3-8 vs TB12, in contrast are Panthers are 2-3 – Bronco are 7-6 . Hell even the Jets have Beaten Tommy 7 times. The Patriots have taken the last three games between these two â€œrivalsâ€ by a combined total of 116 to 61. Yes, the Pats have dropped two playoff games to the Ravens but these ain’t those Ravens.  It’s not even a bad clone of those teams. Relax people itâ€™s just the flavor of the month â€¦ Here are my Monster Keys to Patriots victory

Force them to Chase

This Ravens team is not built to come from behind, get out quick and keep the pedal to the floor, don’t allow Baltimore to set the tone with the pace of play. Take away the run game from them early force them to play catch-up.

â€œMake Jackson Be a QBâ€

Huge shout out to my man Evan Lazar of CLNS for the term. Contain him in the pocket and make him use the middle of the field. Hold your gaps!!  Gap integrity is going to be paramount this week, no matter the alignments the defense uses, lane discipline is the key to beating a QB like Jackson.

First down?  What happend to own third down? Relax, we will get there.  Owning first down this week is a more important key. Get the Ravens into second or third and long and force them to try to move the chains as you funnel the passing game to the middle of the field.

Whoâ€™s Us? Jamie Collins and Pat Chung.  Donâ€™t be surprised if Bill has a steady set of eyes on Jackson Sunday night .

Force them to settle â€¦. The Best kicker in the league plays in Purple.  Make him earn his money

Finally spread them out and Sling it

Form five wide, to twenty one and twenty two personal, Iâ€™m done fucking around.  I want this team shreaded on the arm of Tom Fucking Brady. Watson is back in football shape – Sanu has another week in the system – Rex is healthy – Mr White is rested and Edleman is uncoverable one on one. Use them, use them often and rack up yards and points.

Thats it my rabid readers.  I give ZERO chances to the Ravens this week, none – zip – nada.  The mainstream wants to call this a rivalry – don’t buy it, not for one second. The Patriots are 10-3 vs Baltimore, 8-3 with Tom Brady under center. The last time the Ravens pulled off a W vs The Hoodie was in 2013. Rivalry? Spare me .. Where’s the Jacket Ray ? Where’s the Jacket ?