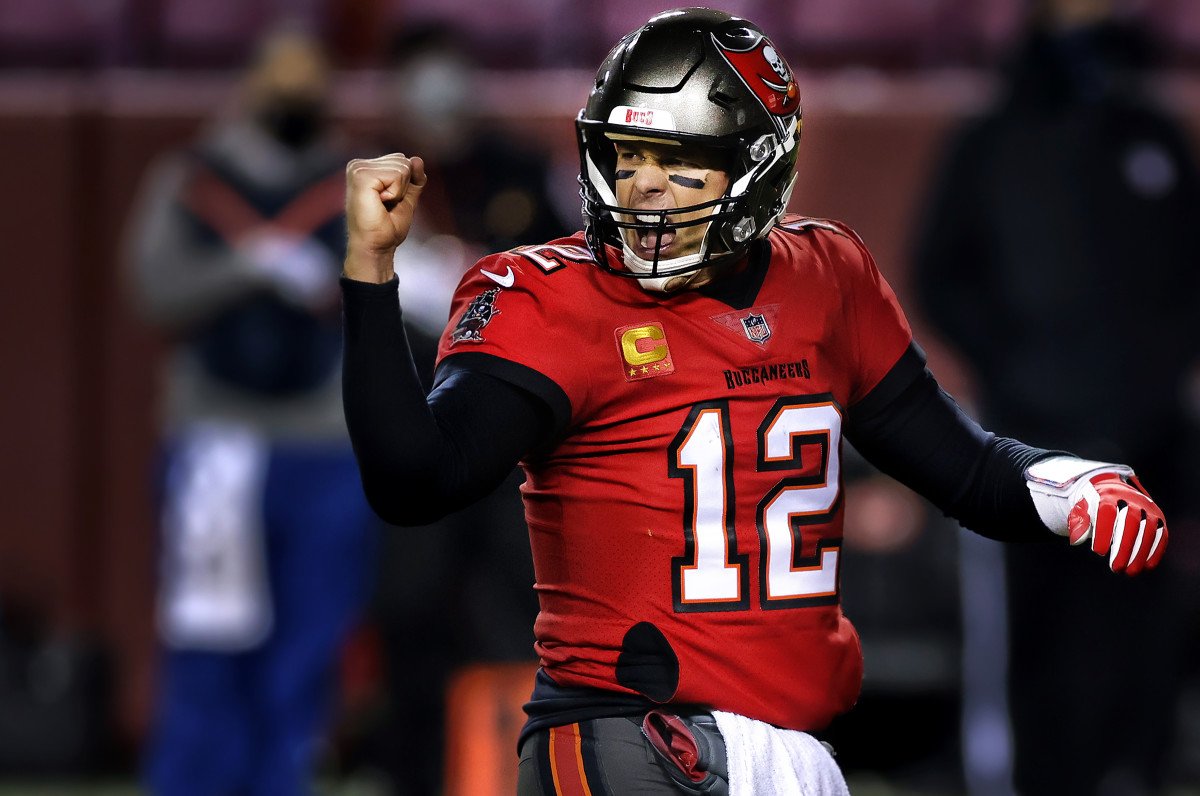 Now is the winter of our discontent

Made glorious summer by this son of New England;

Yes only I have the gall to basterize The Bard of Avon, but it is fitting as TB12 marches his way back to a tenth super bowl in 20 years. Many knowing folk gave him more than a slim chance to be here this week, more jumped on board the pirate ship when Gronk joined him in Slum-Pa Bay (If this is your first time here, you should know I Fucking Hate Florida), and when TB12 stopped in Tortuga and bolstered his crew with Antonio Brown even the most ardent haters had to acknowledge, there was a  more likely than than not shot at TB12 playing football in Febuary; Well Tommy got you here lets see if I can get you home. Here are My monster keys to Expatriates victory

Play with your head not your Dick

Cover Two and Cover Four is the prescription Dr Murphy is prescribing for Todd Bowles this week. Bury the Chiefs deep and force them to drive the length of the field. Bend but don’t break defense is the kryptonite to inconsistent offenses, and yes folks that’s what this KC team is, inconsistent. Force them to run more plays and wait for the mistake to happen, IT WILL.

Patty Mahomes has a very bad habit – his five step drops are actually ten or twelve steps. This plays perfectly into Tampa’s strength – it’s front.  The Chiefs O-Line is on life support and Tampa’s front line is built to get to the QB – I suggest they do so. No loops no stunting hold your lane get straight upfield and we get Patty Melts for Dinner.

Limit the laundry – do not move the sticks for them

Own third down – on both sides of the ball. DO NOT Blitz Patty on third and long, stay the course.

Own the Red zone . KC has one of the worst red zone defenses in the NFL. Don’t settle, they also have a very middle of the road red zone rate that forces them into three’s. Be ready for KC trickery down there because this team can’t line it up and run the ball.

Make the Other guys beat you

The Chiefs are going to make their catches – Mahomes is going to make sure of this. Keep the KC receivers in front of you and drag them down. NO YAC. Bust up Kelce at the line and bracket Hill – make them beat you someplace else.

I am convinced that Ronald Jones II is going to have a huge day on Sunday. And he’s going to need to for the rest of these keys to turn. I am not forgetting about Fournette he will play his part but – Ride Jones.

Once the run game is rightfully respected use play action to move the chains and more. Brate and Gronk up the seams Brown across the middle bingo – bango – bongo – Sixes

No one in the league runs more on first and second down than the Bucs do. Take a shot or three Tommy. Catch them sleeping in the middle of a long drive and get your line some rest.

That’s it my rabid readers. My first set of keys for another team. But I’ve been doing this for Tommy for a very long time, and look how he’s rewarded me. I think I owed him one set for the road. As always you can follow / give me grief on Twitter @Tmurph207