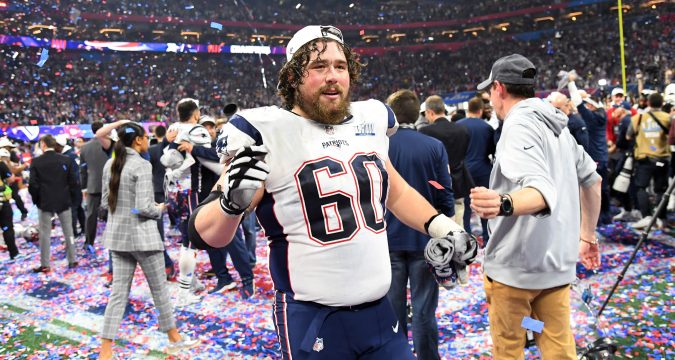 I can hear you know saying, are you crazy Steve? Why would anyone use the phrase “Trust The Process” after seeing the 76ers not win anything? Hear me out, and feel free to bash me on twitter if you still feel the same way.

What separates the New England Patriots from the Philadelphia 76ers?

What to do at QB?

Let’s face it! Cam Newton isn’t the same player he was in 2015, so they need an upgrade.  I for one want absolutely nothing to do with Jimmy G.  He has missed over 50% of the games he could have played in since entering the league, and Bill always says “The best ability is availability”.  The NFL Draft starts on April 29th, and I for one can’t wait to see what the patriots do.  Normally, they either stay where they are in the draft order, or trade down (most of us fans cringe even thinking about this).Gut feeling tells me this year is going to be different.  I can see them trading up as high as 4th to get the next franchise QB (Trey Lance is at the top of my list). I mean, why not right? Who do you want them to get as the next franchise QB.

Sit back and see what happens

Many in Boston Sports media and national media would like you to believe that Bill doesn’t know what he is doing, but I trust Belichick.  Hardest thing to do is let everything play out before making snap judgements, but I honestly believe that is what is needed this year for the patriots.  Think back to day 2 of free agency when people were freaking out about David Andrews leaving, and look what happened.  If training camp comes, and you don’t think the team is good enough, then fire away. LOL.  I can’t wait to see what happens from now until the end of July.