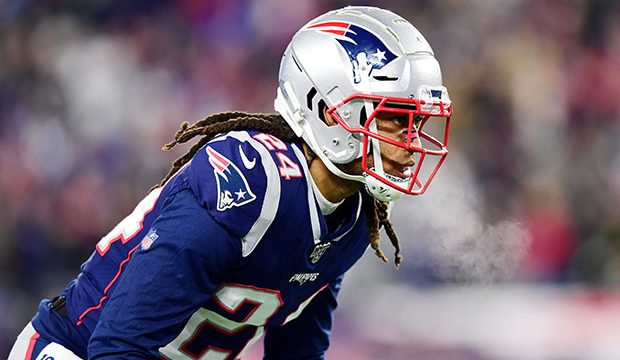 Bookmark our site If you are looking to get your daily #patriots news all in one spot! A lot happened today, so let’s get right into it

It was announced this morning that one of the best CB in the league Stephon GIlmore, is holding out looking for a new contract. He is slated to only make 7 millions dollars this year, and he obviously wants more. Year in and year out he makes it easier for the #patriots to defend other teams by locking down their #1 receiver. IMO the patriots have had an amazing offseason so far, and they need to look him up to an extension ASAP. In the past, I think he would either trade or cut the player in a situation like this, but it is different now. Bill is a lot older than he used to be ( duh Steve), and he can’t afford to lose the locker room by handling this situation bad.

Cam returned to practice late last night after dealing with an injury to his right hand. By all reports, he is taking a lot of the reps with the 1’s with Jones and Stidham splitting the rest of the reps. Cam has said he is more comfortable with the offense after having an entire offseason to learn the playbook, etc. He struggled at the beginning of today’s practice, but performed better towards the end of practice. Time will tell how effective he can be. A lot of experts feel he will start week 1 for the #patriots, but I am not so sure of that.

With Mandatory Minicamp starting today, we should start to get a better feel of how the QB’s, etc. will operate this season. Obviously it will not be a well-oiled machine if you will, but it will be good to see the newcomers such as Hunter Henry, and Jonnu Smith perform in this offense. Jonnu Smith had a rough start today due to him coming up lame with a hamstring injury. Let’s hope it is only a minor hamstring injury, and not one that keeps him out for an extended period of time. Mac Jones performed fairly today according to Mark Daniels of the Providence Journal. He is starting to be more decisive with the ball, and that is definitely a good sign for his development. We all know to perform at an NFL level, you need to be able to read the defense fast, and throw accurate passes. He also threw the ball deeper down the field today, which is an added bonus. You can read the entire article from Mark right here

Former patriots OL Jermaine Eluemunor has signed a 2 year deal with the Miami Dolphins today. No word yet on the length of the deal, but we wish him the best of luck ( except for when he plays the patriots lol).