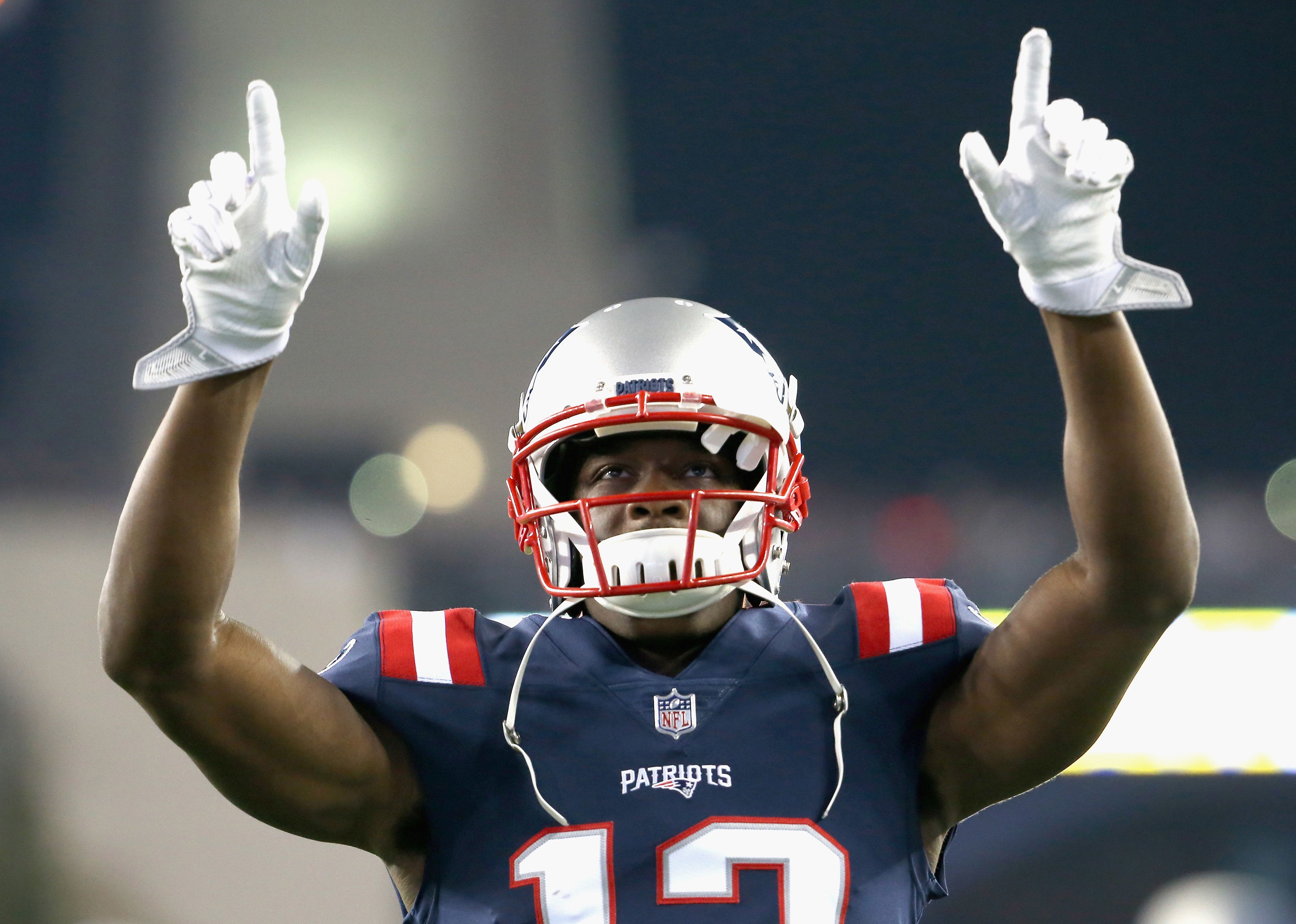 I know everyone has heard the Patriots mantra of next man up. The opening month of this season will be no different with Brady’s favorite wideout being suspended. I’m gonna throw out what i think the Patriots will ultimately do in his absence.Â  Let’s roll.

The easiest answer would be Gronkowski here. I think most people already knows how vital he is to the Patriots offense, and this season will be no different. I expect more of the same this season with maybe a slight uptick with Jules on the sideline for the first month.

The group who I believe will be the most active on the roster is the RB’s. James White, and Rex Burkhead will be the main focus out of the backfield in my opinion.Â  They both can play a spread offense and do it well. I believe we’re all gonna be happy with White this season as he develops even more chemistry with Brady. The forgotten back in this mix is Jeremy Hill.Â  He will also play a role with his big frame when they try to wear down opponents.Â  He is very good at punishing defenders similar to a former patriot LeGarrette Blount.

Now let’s move on and discuss the wideouts on the team. This is the department that will have the toughest job to do until Jules is back. I have been saying for a while now Phillip Dorsett is gonna have a big year, and I’m sticking to it. He’s developed some solid chemistry with Brady and I look for that to continue along the way.Â  Patterson is also an interesting player in this offense, somewhat of a X-factor if you will. How Josh uses him early could be a indication of how he’ll be used the entire season. Then again this is the Patriots we’re talking about, so it is anyone’s guess really.

I think ultimately it will take a team effort like it always does with this team.Â  No doubt Jules is important to this team’s success, but him returning to his old self this season is a question mark honestly.Â  His ACL injury generally takes two years to be at peak performance.Â  Time will tell how he does this year obviously.Â  I like the early adversity this team will face without Brady’s friend, and vital member of this team. Don’t get me wrong I would love having Jules on the field, but a little adversity never hurt anybody along the way.

Check out all of our staff here along with our weekly pod on Twitter@stevehoodpod enjoy.

Listen to the podcast here