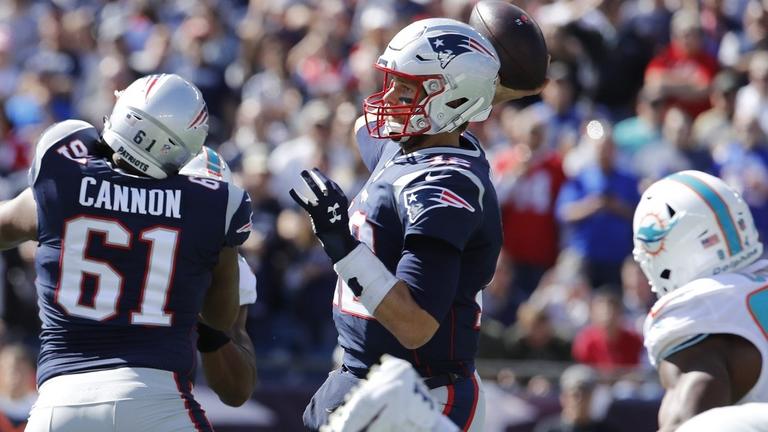 Sky Is Not Falling In New England

Contrary to some people, the sky is not falling in New England anytime soon.Â  The Patriots looked less than a good NFL team the past two weeks, but it is a long season.Â  I find it hysterical just about every season, we get these new “hot takes” about how this is finally the end for the Patriots.Â  Not so fast, people.Â  I didn’t see the Patriots blowing out the Dolphins today, but I knew they would win.Â  Let’s dive into some of the reasons why they won today.

When the defense is playing well, it starts with the play of Hightower.Â  He dished out a couple of punishing hits, and he was all over the field today.Â  Jason McCourty was another player I thought played well on the defensive side of the ball today.Â  He wasn’t getting burned on a consistent basis, and he is feeling more comfortable with the defense.Â  John Simon had a sack, the D line was putting consistent pressure on Ryan Tannehill who finished with just 100 yards passing.Â  The run defense was also 10 times better today than it was against the Lions last week.Â  They held the Dolphins to 56 yards rushing, and they were 3/11 on third down.

I might be being a bit dramatic, but the Josh Gordon debut was one of the most anticipated debuts I can remember.Â  Last player I can remember getting this much attention before a game was Randy Moss back in 2007.Â  I am not saying Gordon is Moss by any means, but Gordon had just as much attention leading up to the game. I thought Gordon did pretty well for himself today.Â  He had a couple of nice catches on third down, and had a huge block on White’s touchdown run.Â  It’s a great sign Brady is already going to him on third, because it means he trusts him.Â  Give him a little more time to get comfortable with the offense, and his production is going to explode.

What a game for Sony Michel.Â  He finished with 112 yards rushing, and had his first career rushing touchdown.Â  He finally looks like he is in game shape after missing training camp and preseason with a knee injury.Â  I look for him to get better and better with each game, and imagine how the passing game will open up if Michel turns into a legit 100 yard rusher.

Today’s game was a typical game for him.Â  He finished with 44 yards rushing (1 TD), and 68 yards receiving (1 TD).Â  The screen game was used well today with White being the focal part of it.Â  Good luck to any LB trying to cover him out of the backfield.Â  Time and time again White makes a big play when needed.

After today’s win, the Patriots are now 2-2 heading into a matchup with the Colts.Â  I expect another step in the right direction for the offense and defense in this one.Â  It’s all about how you are playing in December and January right?

Check out our podcast @stevehoodpod here