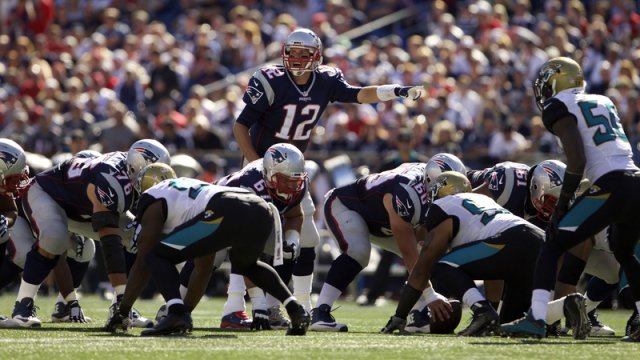 I don’t know about you, but I love defense in the NFL. This is a chance for both teams to make an early season statement. The Jaguars are poised to pounce with last season’s top defense versus this year’s Patriots revamped unit. I want to touch on what I believe will be a big factor in week two of the showdown in Jacksonville.

Patriots run defense: This unit is gonna have to do a much better job this week than they did last week against the Texans. They allowed 174 rushing yards on 33 carries, which is a little over 5 yards a carry, and that simply canâ€™t continue if they want to be successful. Â If Leonard Fournette is able to suit up, that average could go up even more. Â The Jaguars have a formidable line that is better than what the Patriots front faced against the Texans.Â  I expect a much better effort overall from the front line this week.

Keep Bortles in the pocket: This is another week where the Patriots will face a similiar a team with a mobile QB.Â  I suspect the Patriots will deploy a similiar scheme like the one they used against the Texans. Â Bring Van Noy up on the edge, while Bentley does his thing in the middle. We can’t forget about Hightower, as he is still the heart of this Patriots defense in my opinion. What I see happening is a lot of our defensive ends setting the pace, keeping Bortles in the pocket, and make him beat you with his arm. Â I’m hoping for a better overall effort this week by the team, despite showing glimpses of what I feel can be a special defense.

Jaguars defense: This unit flies to the ball, and is also extremely physical. Â In my estimation the Patriots are going to spread them out and attack them head-on. The Jaguars are a fast unit especially East to West, but they can be exposed. It happened last year, and you can bet Brady wants to do it again this week. Â How many of us are eager to see Gronkowski against Ramsey? I can’t wait for it, honestly. The young brash corner versus the tank that is number 87.Â  I hope everybody is as ready for this game as I am.

Prediction time: This game has been on my mind for a while now, and I expect it to be a classic defensive game with the Pats winning by a score of 20-14. Â I went back and forth on this one, but ultimately I think the Jags will be too “up” for this game, where let’s be honest, this is really just another game in September for the Patriots.Â  I hope you enjoy this article, and the others that we post.