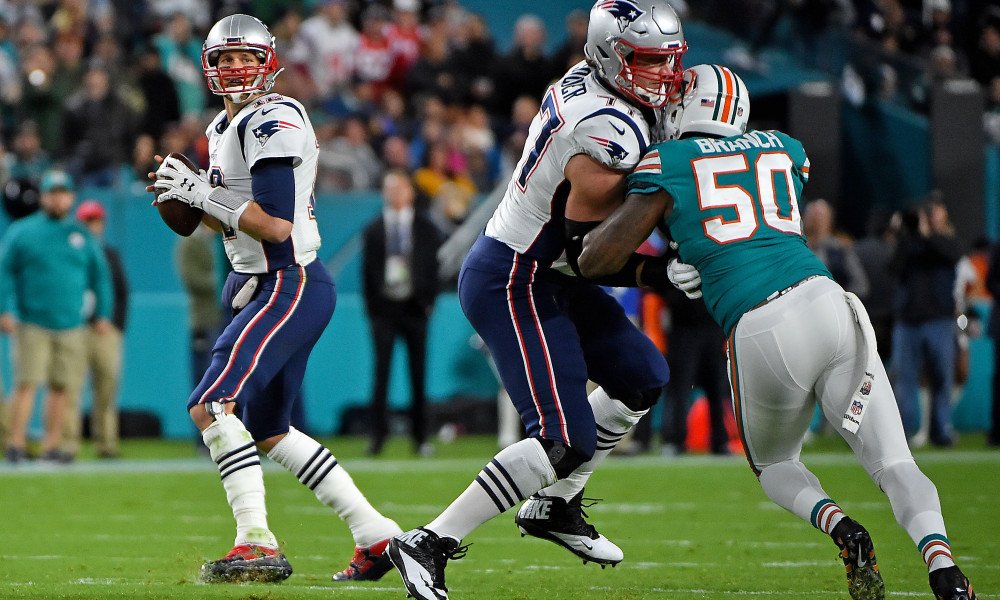 It is that time again Pats fans where I give my five players to watch against the Dolphins.Â  I have been a little under the weather this week, but that’s not going to stop the weekly five.Â  Letâ€™s roll.

Tom Brady:Â  This man has gotta be ready to get back out there and do his thing.Â  I’ve had people come up to me this week and say, he’s a shell of himself.Â  The famous”Cliff” if you will.Â  Let’s get real people, how many times are people gonna come up with this nonsense?Â  The people outside are clamoring for that to happen aren’t they? I get it like I always say if I didn’t like the Patriots, I would hate them too.Â  This isn’t the week though Brady is gonna do his thing this week Miami’s pass defense ranks 29th in the NFL giving up 288.3 yards a game. This is the week Tom will silence his critics – 4 TDs sounds good to me.

James White:Â  “Sweetfeet”! Â I think this is a prime game for him to do his thing. The RB is a weapon out of the backfield period.Â  Look for him to be involved in this game early and often.Â  Like I mentioned earlier the Dolphins have a vulnerable pass defense, so look for White to get it going in the screen game. Don’t be surprised to see him line up outside often as well.Â  The Patriots know what he’s capable of doing out there.Â  I will be shocked if he doesn’t hit pay dirt in this game.

Josh Gordon:Â  I’m jumping ahead of myself with this, but I think he plays Sunday.Â  This offense needs a jolt badly, who better than Flash? Â Am I the only one who hears Freddie singing the theme song here? I’m incredibly curious how he pans out in this offense.Â  What the Patriots need bad is a wideout who can get separation from the corner.Â  I think we all know what he’s capable of, but the real question is do we see it this week?Â  I’m going with absolutely on this one.Â  What better way to endear Â yourself to the masses than dominating at home? I could be wrong on this, but I’m willing to say I won’t be. Â Expect something big.

Rob Gronkowski:Â  I think it is time for you to quiet things down don’t you? We know what you can do out there, and if I’m correct about Gordon, things are gonna open up out there for you.Â  I think everyone who has watched any games knows the offense goes through you.Â  This is the game where you quiet the nonsense about you losing a step.Â  Give the man a TD with 80 plus yards.

Dont’a Hightower:Â  This is a player we all wanna see get going, and I think it happens today.Â  With the injury to Bentley, is it time for him to go back in the middle?Â  I’m not sure about that, but it wouldn’t surprise me. I have read a lot of reports this week that he’s optimistic about the defense today.Â  I expect him to perform, and it wasn’t long ago he was the best linebacker on this team. This year some people are highly critical of his play. I have read comments such as he’s too slow, and he’s washed up.Â  Has he slowed down? I think he has, but don’t count Zeus out yet.Â  There is still time for this defense to turn things around, and it starts this week.

Prediction:Â  I’m going with the Patriots this week at home. They are eager to make a statement and do just that. Â Pats 35 Phins 17.