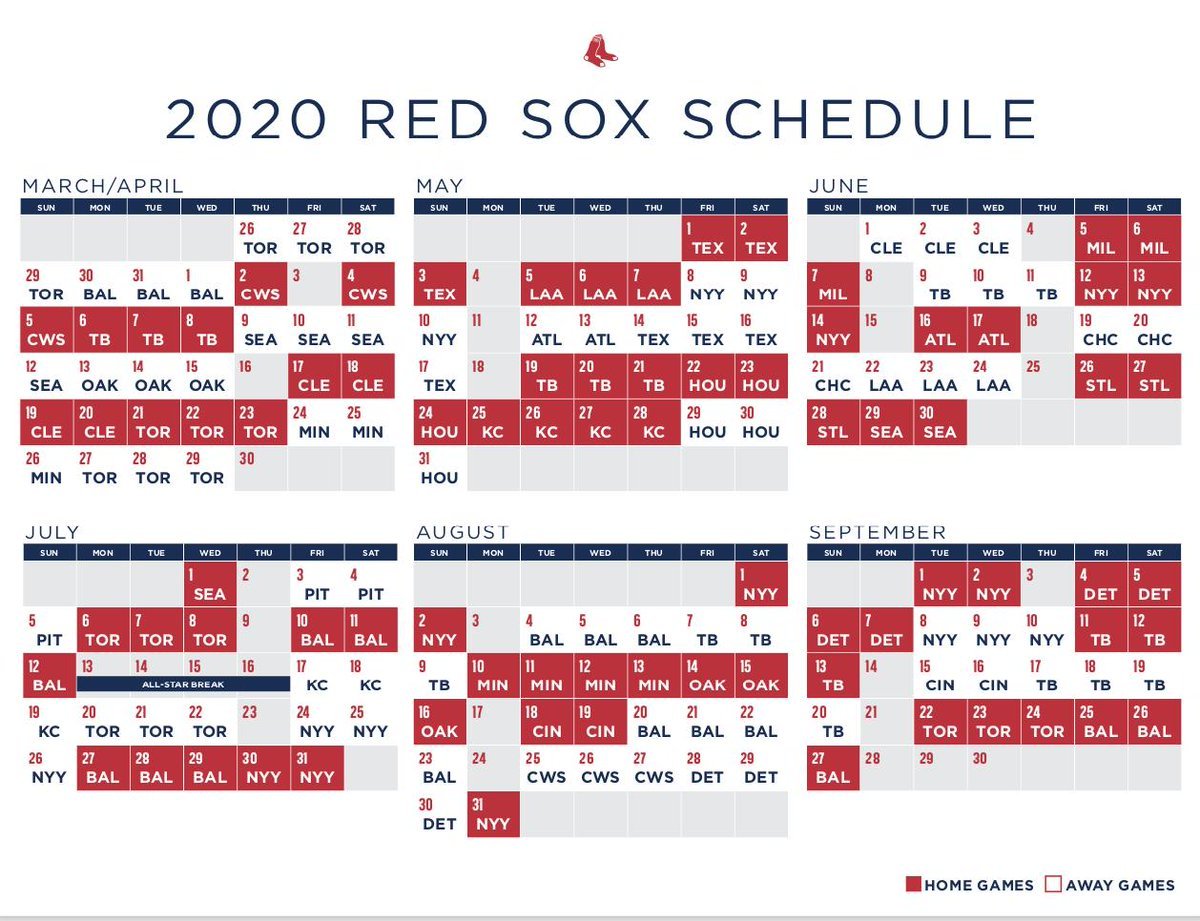 Per the most updated odds, Vegas has the Boston Red Sox 2020 Win total at 85.5 games. Today, Iâ€™ll dive into whether you should take the over or the under.

First letâ€™s talk about the division the Red Sox play in. Not only are the New York Yankees the odds-on favorite to run away with the AL East title, theyâ€™re also tied with the LA Dodgers as favorites to win that piece of metal, also known as the Commissionerâ€™s Trophy. The Red Sox and Yankees rivalry has been present for many years, and every season Red Sox Nation knows to expect a battle with the Bronx Bombers if they want to be named Division Champs. But this year, things are a little different. A team that for years was stuck at the bottom of the standings in the AL East, is expected to be tugging on the coattail of the Yankees all season long: the Tampa Bay Rays. The Yanks 2020 win total is set at 100.5 with the Rays just behind at 91.5. Two teams that the Red Sox will face a total of 38 times of the 162 regular season games, nearly 25% of their schedule, are against teams projected to win more games than they are. And then thereâ€™s also the Toronto Blue Jays, another team that used to be locked in as one of the bottom two teams in the AL East. Only this year they finally have an abundance of young talent that fans can get excited about, a lineup that wonâ€™t be easy to pitch to, and a revamped starting rotation. Though I donâ€™t yet consider Toronto to be in the same caliber as Tampa or New York, those games are no longer guaranteed wins when they face Boston, so if you factor the games against Toronto into the same equation as NYY/TB, now were talking about 35% of the schedule that is by no means a guaranteed win. Thankfully Baltimore is still awful, so the Red Sox need to beat up on them in all the 19 chances they get.

Staying in the AL, just in a separate division, the Sox will face off with the Houston Astros and Oakland Athletics 6 times each. Both are well run ball clubs and have always played the Red Sox tough. Neither are easy match ups, and even with the scandal surrounding the Astros, theyâ€™re still going to be a phenomenal ball club.

Now letâ€™s focus on the inter-league match ups, against all the NL teams weâ€™re set to face off with in 2020. The Sox will have 4 games against the Atlanta Braves, 4 against the new and improved Cincinnati Reds (who I firmly believe will have a tremendous 2020 season), 3 against the Milwaukee Brewers, 3 against the Chicago Cubs, and 3 against the St Louis Cardinals. Thatâ€™s 17 games against teams that are expected to be either at the top of their divisions, or in a close fight to say the least.

In addition, thereâ€™s 15 total match ups between Cleveland and Texas, both of whom are not favorites to win their division but have teams that can win some ballgames.

This means that between the 19 against Baltimore, and the 24 games against Pittsburgh, Detroit, KC, and Seattle (what Iâ€™m considering bottom-of-the-barrel), those are 43 games that the Red Sox NEED to take care of business.

Overall, the Red Sox regular season schedule in 2020 is not an easy one. But, thankfully, baseball is a sport where on any given day, a team that may be better than its opponent on paper, does not win. For example: The Sox play 38 of their games against the Rays and Yankees, two teams I consider to be better than Boston; the Red Sox will not lose all 38 of those games. So, assuming the Red Sox can keep their team healthy, I still firmly believe this club can be VERY competitive. Will they win the AL East? No. If all goes perfect, do they have a shot at the Wild Card? Absolutely, it just doesnâ€™t help their cause having to play in a division with two powerhouse teams.

All that remains is the question that needs to be answered. Red Sox win total in 2020, over or under 85.5 games? Iâ€™m going to say HAMMER THE OVER. Now, this is assuming we see a healthy Sale by late May/early June, and Collin McHugh coming back sometime in late April/early May as a healthy and productive Collin McHugh, oh, and also barring any injuries to any other key players on this team; but I firmly believe they can still scratch out 87-91 wins, and HOPEFULLY thatâ€™ll be enough to fight for a Wild Card spot to make this season interesting. That being said, letâ€™s not get carried away hereâ€¦. This team is not winning the World Series.