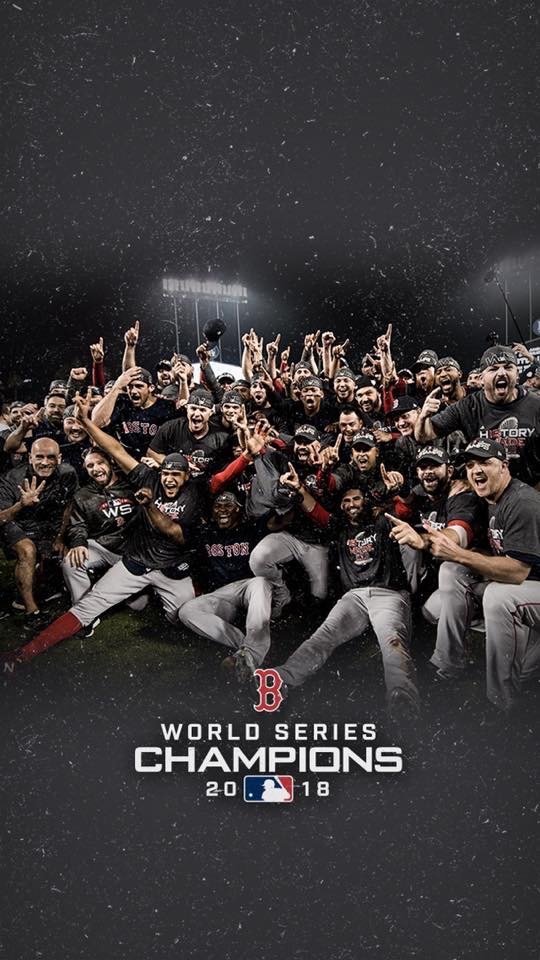 The Boston Red Sox are the 2018 World Champions. What started out as a quest has become reality.Â  When Chris Sale struck out Manny Machado for the final out, a team and a region of Sox fans young and old erupted in euphoria. This never gets old ever does it?Â  Let’s take a look back at the season that ended in triumph.

When Alex Cora was hired as the newest manager of this team I wasn’t entirely sure how that would pan out. With Alex being a first-time manager in a city where fans are both passionate and knowledgeable, I thought maybe this would be a bit hard on him for his first year.Â  I couldn’t have been more wrong about him. A test that I I thought would be too much for him he passed with flying colors.Â  What Alex Cora meant to this team can never be questioned or at least it shouldn’t.Â  The heart and soul of this team had the Midas touch all year long didn’t he?

I think back on all of our takes from the season and just laugh thinking about it.Â  How many of us thought or said the bullpen will be this team’s downfall? Ask this question in a crowded room and it’s gonna be close to unanimous. The one person who can sit back with a grin is Dave Dombrowski. That man was crucified during the season for not adding to the pen. What turned out to be a strength was a weapon.Â  We’re quick to second guess as fans since that’s just what we do here.Â  Take a bow, Dave.Â  Â You won with moves that worked from Martinez to Pearce.

The person who could really tell the majority of fans and reporters to shove it is David Price. The anger and venom that he went through this year was unreal.Â  I myself was included in the “David Price what have you done for me lately” club. I wonder just how many people have changed their tone on him after what we just witnessed. I could put up the stats from his appearances, but we all saw his stellar performance.Â  What shouldn’t be forgotten is he was arguably the best Sox pitcher post All-Star break.Â  There will be people who still want him to opt out, but he deserves this moment as much as anybody on that team.

I could go on about this team for a while. There was so many moments that could get highlighted I would be here forever. The epic 18 inning game might have been the most draining thing I’ve seen in many years. This team persevered through it all and became champions.

What a Wild Ride

I would like to finish up though with a thought I think a lot of us share.Â  I can’t help but think of all of my relatives who have passed.Â  I know my Dad and Gramp have big smiles on their faces right now.Â  I hope you enjoyed it as much as we did. What a wild ride this year has been. Get the duckboats ready, Boston – we got another title to celebrate.