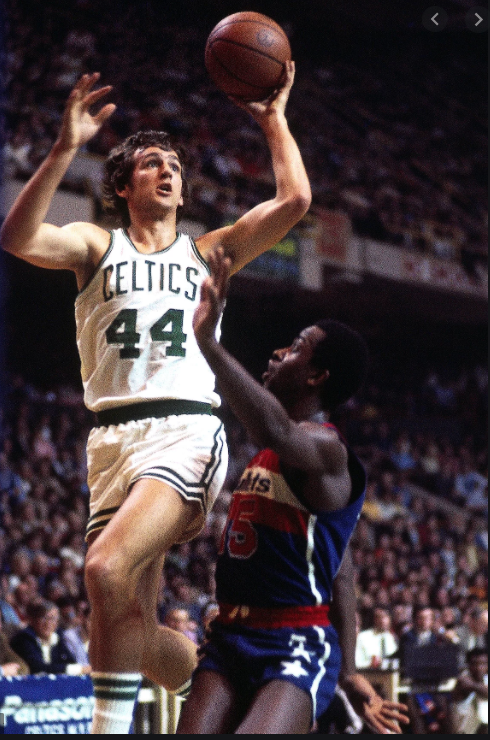 The passing of Paul Westfall has been well documented. He has earned respect as a player, a coach and frankly, as a human being. Paul’s remarkable career in the NBA started with the Boston Celtics. He was drafted in 1972, by the Celtics with the 10th overall pick in the draft.

I’m going to take you on a trip back in time with me. In 1970, I was 9 years old and having grown up in Western Massachusetts, I was aware of Bill Russell and the Celtics but didn’t really follow them. It was harder back then because we didn’t get Boston TV stations way out in Springfield. Russell had retired and the Celtics were in a rebuilding stage. Red Auerbach drafted a 6’8” center out of Florida. I guess the Celtics embraced small-ball even back then. The Center was Dave Cowens and his #18 hangs from the rafters today. The addition of Cowens put the Celtics right back into contention. In 1972 Boston lost in the Eastern Conference Finals, and in that draft Red grabbed a 6’4” point guard out of USC. Paul Westphal, isn’t known as a Boston legend, and his number 44 doesn’t hang from the rafters in the Garden. You see, Paul’s best years weren’t spent here in Boston, but his time in Boston will always have a special place for me. As I said, Westphal was drafted in 1972, so did he make an impact? Keep in mind he joined John Havlicek, Dave Cowens, JoJo White, Don Chaney, Don Nelson and Paul Silas to name a few.

He may not have a legacy in Boston but he made an impression on me. I would look forward to games that he made an appearance. It would often be for just a few minutes to rest starters, or during the waning moments of blow-outs but I loved the way he played. He would push, push, push the pace. He was just fun to watch going end-to-end on fast breaks. I looked forward to seeing this guy grow into a star. In the 1973 the Celtics posted an incredible 68-14 record but came up short in the Eastern Conference Finals. John Havlicek had injured his right shoulder, and was forced to shoot left-handed in the last couple games of the series. Westphal got some time in the series, but the Knicks prevailed.
1974 was a similar story with a much better outcome for the Celtics. They faced Lew Alcindor and the Bucks in the finals. For you young folks, Alcindor later changed his name to Kareem Abdul-Jabbar. Anyways, as you can imagine, Cowens at 6’8” and Alcindor at 7’2” was a mismatch that Milwaukee tried to exploit. Dave Cowens was up for the task with the help of a stifling defense and a fast-break transition team. All defensive guard Don Chaney got into early foul trouble and coach Tom Heinsohn turned to Westphal to play critical minutes. The Celtics were able to hoist banner #12, and Paul Westphal had been an instrumental contributor. In the off-season, Westphal was traded along with two second round draft picks to the Phoenix Suns for Charlie Scott. The Celtics crossed paths with Westphal a few years later in 1976 the Suns faced the Celtics in the finals. The series was highlighted by by game 5, a three overtime marathon that many would called the greatest game ever played. The Celtics won the series in 6 games for their 13th championship.

The rest of Paul’s remarkable career has been well documented in other articles with his passing a last week.

How do you remember Paul Westphal?