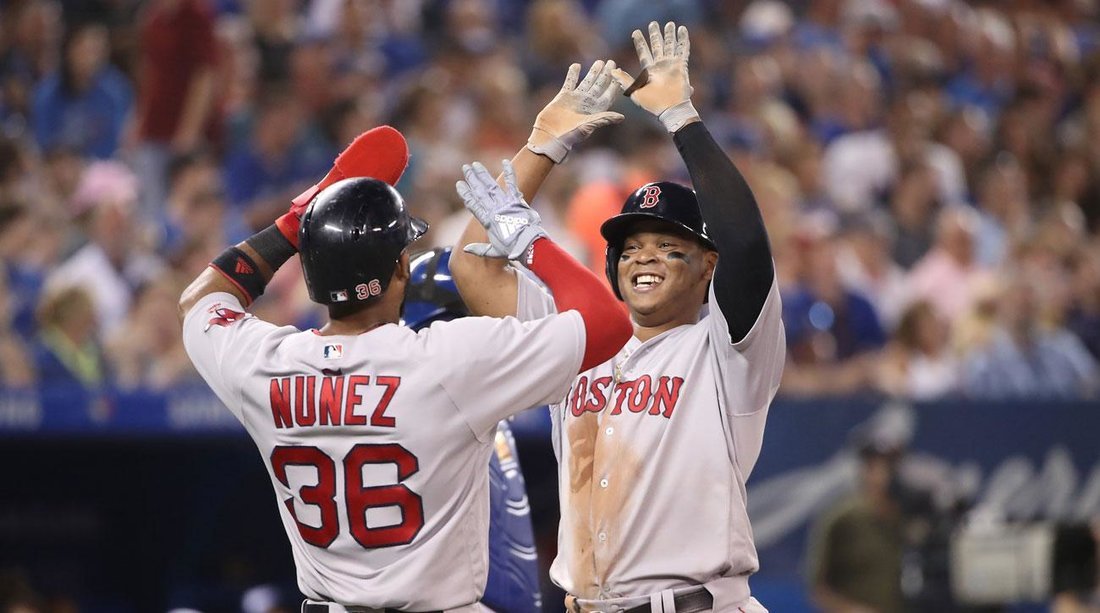 The Boston Red Sox are on pace for an unprecedented 115 wins this season and look to be a juggernaut on offense. Couple that with some good enough pitching, and this team has become *the* team to beat in the AL, and possibly all of Major League Baseball. So what really bothers me is a frankly lazy and uninspired critique against this world beating team: they beat up on the bad teams and then don’t do as well against the good ones.

This so called knock against the club has no validity, and to help you understand this. Let’s do a little exercise. To get us started, let’s talk about all the awful teams the Red Sox have, in fact, used as their whipping boys throughout the season. We’re going to talk about teams .500 or below, which include: Baltimore, Chicago (AL), Detroit, Kansas City, LA (AL), Miami, Minnesota, Texas and Toronto. Against these teams, the Red Sox have a record of 52-15. This means that roughly two-thirds of their wins are against 500 or below teams.

Speaking of the Yankees, let’s take a look at their records. Against 500 and below teams they have a record of 41-20. This is a full 11 wins less than the Boston Red Sox. On the flip side, against +500 teams, their record is 32-23. That might look somewhat familiar, they are 9 games above 500 against winning teams, just like the Boston Red Sox. They have 1 more win and 1 more loss.

The Yankees are a flawed team and one the Sox have trounced this season, so lets pick one additional team, the class of the American League and current World Series Champions: The Houston Astros.

Houston’s record against 500 and below teams stands at 43-17. This is 6 less wins and 2 more losses than the Red Sox. So the defending champions and their vaunted pitching staff still struggle against bad teams more than the Red Sox. Comparing their numbers against winning teams, Houston stands with a record of 30-27. Very comparable to the Yankees and Red Sox.

So when looking at the other two big AL competitors, all three are very comparable against good competition, between 30-32 wins each. But the Red Sox are the stand out team here with a massive 52 wins against teams with 500 or losing records. Houston is 7 wins behind that with 43 and New York 11 wins behind that with 41.

The Red Sox are doing exactly what they should be doing: absolutely beating on the terrible competition in the AL, something their two counterparts are failing to do as well as the Red Sox. The Sox are also matching each of these teams again winning clubs.

I don’t know about you, but I’d take the team that keeps it’s foot on the gas over the ones who let up and lose against the easy teams. This feels to me as less of a knock on this team, and more of something that could prove they’re going to be the ones from the AL in the big dance this fall.