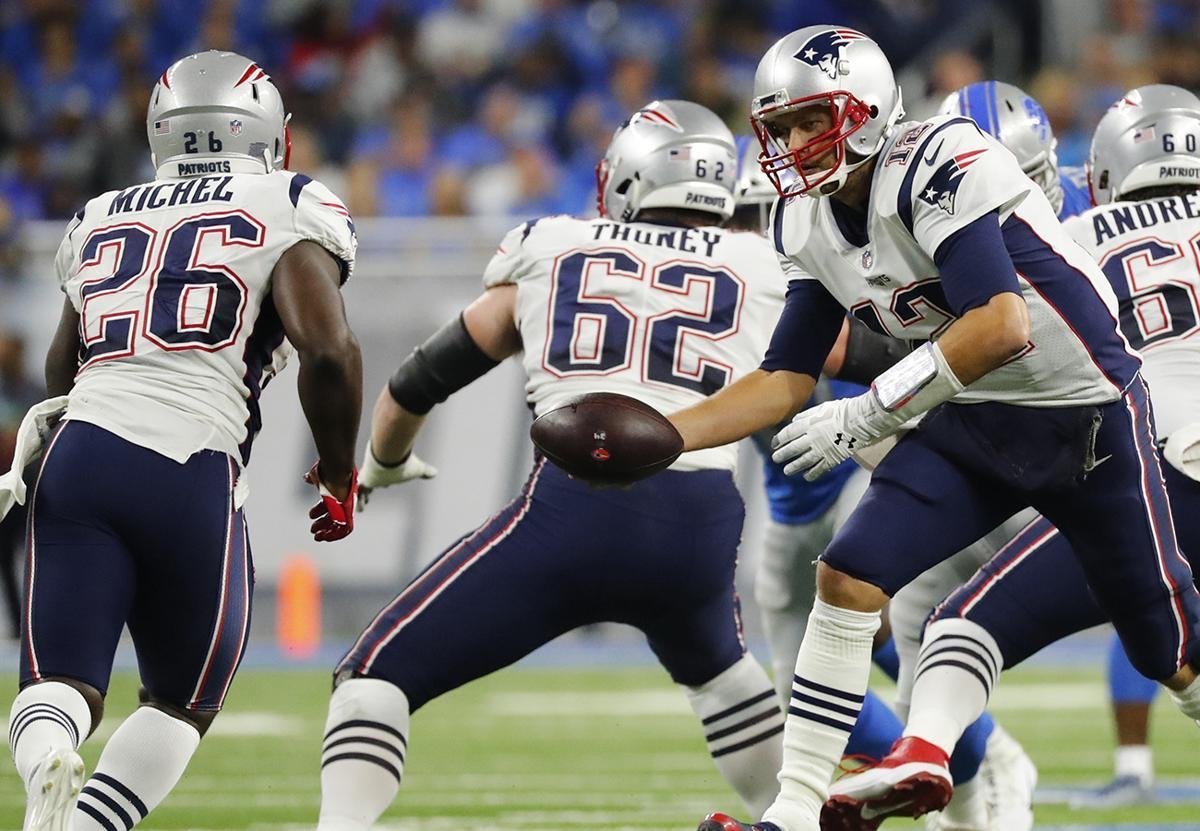 I get it, Patriots fans – people are in a foul mood early on in this season over the last couple of weeks.Â  I understand we expect more from the Patriots, but some of these takes that I have seen regarding Sony Michel are bordering on lunacy. What exactly did everyone expect from him coming out of the gate – to be Barry Sanders?

The Draft: When the Patriots drafted Michel 31st overall out of UGA it was viewed as a surprise to a lot of people. The Patriots aren’t known for going with a RB early in the draft, as they generally use late to mid-round picks in that spot. With that being said, the Patriots obviously saw something in him that we fans didn’t see, or at least the majority of us. I will be the first one to admit, I don’t watch alot if NCAA football; in fact next to none. What really gets me though is how the masses really feel they could do a better job at picking a player or being a GMof a NFL football team.Â  Stop it, please. There’s a reason why the coaches and GMs are in their position and we’re not.

Pre-Season: Yeah about that – Sony Michel didn’t have one, so he’s literally learning on the fly here. The Patriots playbook is difficult under the best of situations; now imagine getting thrown into the fire with it. The Patriots are pushing him along in the best order they see fit.Â  I think come October people are gonna have a much different take on this kid. With the addition of Edelman coming back to the team in week 5 they’ll be able to open that playbook up more, and the rest will take care of itself. The Gordon situation will also be of assistance for this team, assuming he stays healthy. The indication out of Foxboro is he is coming along nicely with learning the offense.Â  It helps that he has played in a similiar scheme.

Josh McDaniels: The OC has gotta do a better job here. There are times he is too cute with his plays. I can’t even begin to tell you how many times during the game my friend Steve Thompson said to me “What in the Hell is he doing?” I know he’ll laugh when he sees this, but he’s gotta figure out what Sony’s strengths actually are going forward.Â  I think he will do just that.Â  After all, they have rings to back things up.

Closing: Like I said earlier, I get it that anxiety is high around here right now. The best advice I can give is be optimistic about him going forward.Â  I firmly believe by the end of the season people will have a different take on him. I know if I’m wrong you can @ me later on if you want, and I will be right here answering those questions, but if I’m right will you do the same?