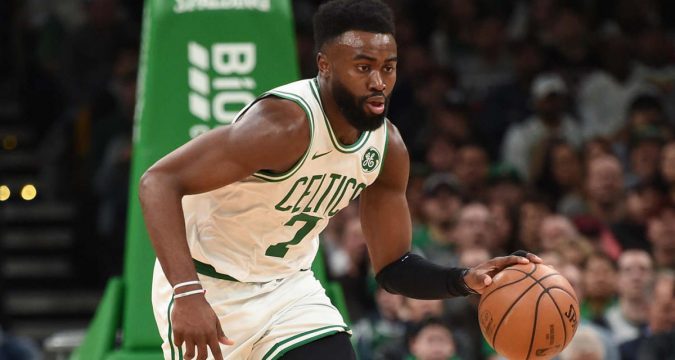 The deal is done! Jaylen Brown signs a four year 115 million dollar extension. This extension starts next season, so Iâ€™ll be going over the cap and salary of his extended years. The current extension averages to 28m per year, but it wonâ€™t be a flat base. Contracts usually go up, and seldom go down or stay flat, so itâ€™s safe to assume this will start around 26m to start, and ending on 32m.

20/21 season- Letâ€™s start with the first year of his extension. Gordon Hayward has a player option which he could exercise for 34.1 million. If he declines he can re-sign or walk, if he accepts Celtics push his future plans to the next year. Enes Kanter also has a player option next season for 5m, and Theis has a team option also for 5m. Assuming all options are accepted, the team contracts and combine with existing contracts(including Browns) it would total to near 130m, which is 14m over the projected soft cap, and 10m under the luxury tax.

21/22 season- This offseason will be the big one, Jayson Tatum is due for an extension. Hayward would also be up for a contract extension if not extended already or gone. Kanter,Theis,Poirier, and Semi would also be on that list of expiring contracts that offseason. The total salaries of Kemba Walker, Jaylen Brown, and Marcus Smart that year alone will be 78m with the soft cap projected at 125m. This means outside these 3 Celtics would have 37m in room for the soft cap, and 62m before hitting the luxury tax of 150m. I wonâ€™t go into the weeds of calculating rookie contracts, and what some of these projected contracts will/should be, but you can paint a clear conclusion that some from the current roster wonâ€™t make the cut.

22/23 season- The heavy offseason is over, but it doesnâ€™t get any easier for us fans. Kemba Walker has a player option, Marcus Smarts contract is up, and Robert Williams is due for an extension. If the whole roster hasnâ€™t made a major shift yet, it will when Boston has to choose whatâ€™s next for these defensive minded fan favorites. So we arenâ€™t assuming anything, Iâ€™ll just put the numbers for just Walker (player option) and Brown alone at 67m out of the projected 131m soft cap.

23/24 season- This seems so far from now, but time flies when youâ€™re watching the Celtics. Itâ€™s the last year of the Brown extension, nobody else is certain at this point, and the current year rookies such as Langford, Grant Williams, and Carsen Edwards are due for extensions. Walker would be off the books if not extended from current contract, and Jaylen Browns contract would be 32m of the 137 projected soft cap. Browns contract if projections are correct looks much better in comparison to the cap this year, but the inflation of contracts would probably be 50-55m per year for a top 10 NBA player signed in that offseason.

A few closing thoughts, opinions, and projections. An important thing to consider with using the current cap projections is how much that relies on contracts with Chinese companies. The current situation is tame, but if things take a turn for the worse we are looking at a 10-15% decrease in the cap going up. Jayson Tatum will likely be extended at a higher price than Jaylen. Hayward even in the event he signs a team friendly deal keeps Bostonâ€™s options low going forward. If a significant piece doesnâ€™t leave Celtics Robert Williams is pressured into being our future center. In my honest opinion of Jaylen Brown I think heâ€™s a great young player that will be top 20-30 player in the league. I however find this deal to be too costly, and hasty considering he would of been a restricted free agent at the end of this season. The future still looks bright, but the fans will have to say goodbye to some of their favorite players over the next 5 years.