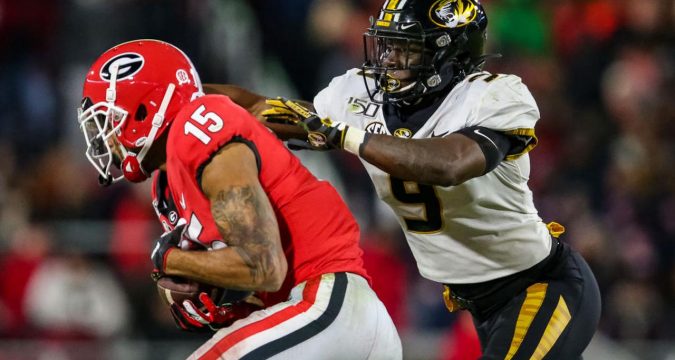 Often on my quest to bring you knowledge i stumble upon a player i had no idea was out there. There’s no hype system around them or they play on a bad team or their mesurables aren’t at the top of someones can;t miss at the next level chart. Well my rabid reader, I give you the perfect storm of that scenario: Tyree Gillespie .

Mr. Gillespie hit on all those categories, and while I was looking at film of other more highly regarded prospects on the other side of the ball I kept hearing this young man’s name, and seeing his talent shine against some of the biggest names you will hear on day one of the draft.  Watching Bamma film I saw Tyree stone Najee Harris not once not twice but three times on the goal line, in the same game I watched him break up passes going up against Devonta Smith and drag Jaylen Waddle to the turf with one of the best open field tackles ive seen all year. But what impressed me most was his game vs Florida and what he didn’t allow Kyle Pitts to do. That was to get into the endzone, hell he only allowed Pitts one catch all day. Kyle Pitts: the one player in this draft I would trade up for, Tyree shut out .

Gillispie has the  strength and quickness to play down in the box but i also believe he would fit into New England two high shell looks quite nicely, he may not be D-Mac but who is. Add in the fact he was a four  year core special teams player at Mazzu and you get an even brighter picture of why I think this kid has what it takes to make it here where others have failed so often. Need a runstuffer ,here he is – need a man who can read a pass rout , here he is – Need someone who can cover Tight Ends ? here he is – need someone to chase down ball carriers on special teams , here he is . Gillespie could be a perfect Patriot