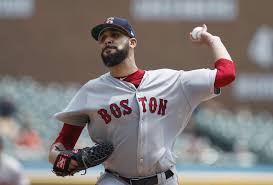 Well folks entering tonight’s game against the Yankees, our beloved Sox who to say the least have really been struggling, have 50 games left in the season and sit 5.5 games out of a wild card spot and 11.5 games out of first place behind the Yankees. The Sox are also entering tonight’s game on a 7 game losing streak. David Price goes against JA Happ tonight and let’s all pray and hope that Mr. Price regains his form he’s had, and stops the bleeding.

Now going through the rest of the season, the Sox have some important games against teams that are all ahead of them in their respective divisions, and in the standings regarding the Wild Card, and the regular Division.

Three of those important games happen to be agains the Indians, whome they are chasing for a Wild card spot. The massive series starts on the 12,13, and the 14th of August, and its getting to a point where they must sweep them. After that, the Sox have 4 games against the Yankees at Fenway September 6 thru the 9th, and they must sweep them as well. It is definitely a tall task, and they only have themselves to blame.

Now out of the next 50 total games left in the season, 25 are on the road and 25 at Fenway, either way the pitching needs to step up in a huge way if the Sox want to make the playoffs. Now I myself as a diehard fan am still holding out hope that they will, so till then, we’ll all just have to sit back and enjoy the rest of the Season. If they don’t make it to the postseason, you can bet on some changes happening in the offseason.